The election rerun Jan 2020, which is taking place in eleven (11) states in Nigeria, has commenced.

YaahooJournalist reports that the Independent National Electoral Commission (INEC) is conducting the rerun elections across 11 states of the Federation amidst tight security.

On Friday, INEC said it would conduct credible elections in all the polling units where the court-ordered rerun elections would take place on Saturday.

YaahooJournalist, however, reports that the All Progressives Congress (APC) and its candidate, Akpabio, pulled out of the race, barely 24-hours to the election.

According to the INEC, the re-run and supplementary polls will be held in 11 of the country’s 36 states, one of the 109 senatorial zones, 12 federal constituencies and 15 state constituencies.

The Commission said will be supplementary polls in some parts of 22 constituencies while the elections will be repeated in all parts of six constituencies.

Affected states listed by INEC for the conduct of the rerun elections are as follow;

Seven polls will be conducted. There will be repeat polls in Bebeji/Kiru, and Doguwa/Tudun Wada Federal constituencies; supplementary polls in Kumbotso Federal Constituency; as well as four state constituencies of Bunkure, Rogo, Madobi and Minjibir in Kano state, northern Nigeria.

One repeat election will be held in Agwara State Constituency in Niger state, northern Nigeria. 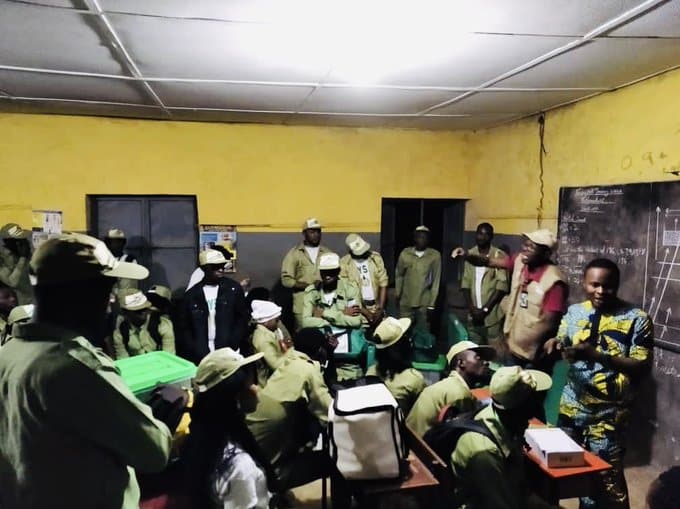 6:05 AM: Distribution of sensitive materials in Niger State. 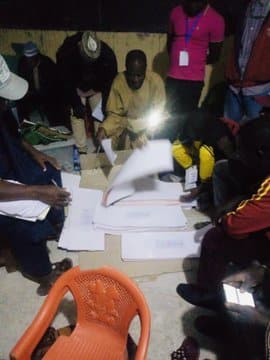