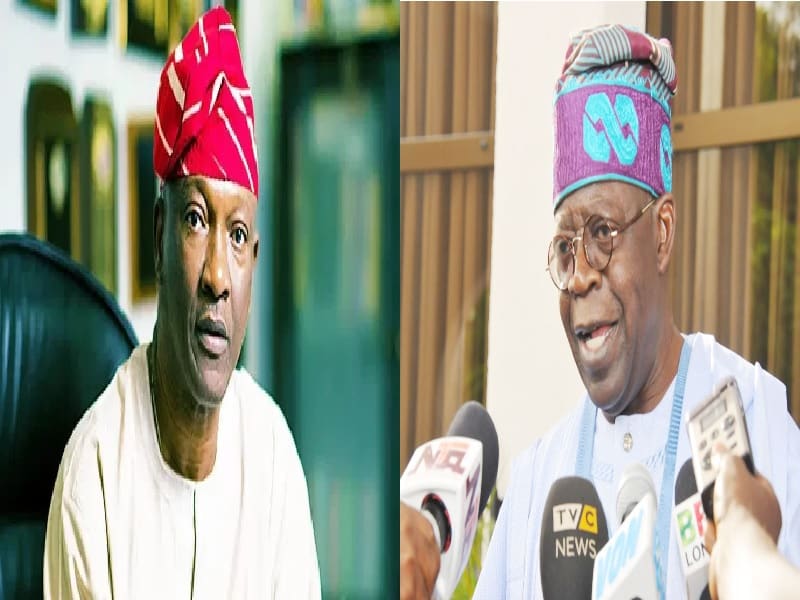 Jimi Agbaje, the candidate of the opposition Peoples Democratic Party (PDP) for the 2019 Lagos governorship election, has dismissed reports that the National Leader of the ruling All Progressives Congress (APC), Bola Tinubu, sponsored his election campaign.

NewsOne Nigeria reports that Agbaje was the governorship candidate of the Peoples Democratic Party (PDP) in the 2019 general elections in Lagos State. He also represented the PDP in the 2015 election in the state but was defeated by Akinwunmi Ambode of the APC.

Like Ambode defeated him in 2015, Jimi Agbaje also lost the 2019 governorship election to Babajide Sanwo-Olu of the APC by a wide margin.

Speaking on the election and the rumour that his election campaign was sponsored by Tinubu in an interview with NAN on Wednesday, February 19, Agbaje said he has not met with Tinubu in the past six years.

His words: “There were many things said. I was accused of being the opposition’s mole in the party, saying that it was Bola Tinubu that was sponsoring me.

“All those allegations were their own figment of imaginations because Tinubu that they are talking about, I had yet to meet him in the past six years, so where is that coming from?”Agbaje questioned.

Agbaje continued: “Also, it was said that I am the one supplying drugs to all the state hospitals in Lagos. If anybody says I am a government contractor, such a person should produce proof.

“People can be accused of anything, and that is what politics is all about. I have said it, I am not a government contractor, either state or federal,” he said.

The Lagos PDP candidate for the 2019 governorship election said part of the ploy used against him during the last election was that he played divisive politics by pitching the Yorubas against other tribes, noting that he never did.

“I was accused of an alliance with the Igbos against the Yoruba interest. I want to challenge anyone with the record of such an alliance to produce it because I never did.

“I don’t play politics of sentiments because I am different, all those allegations were just politicking to equate me out.

“Well, concerning running for gubernatorial election again, I have not said that I will run, but I remain a politician. I can remain as a politician without contesting for election, ” Agbaje added.