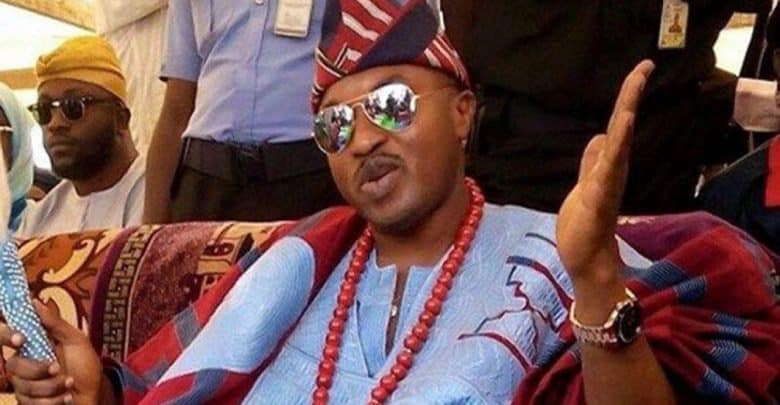 The traditional ruler of Iwo kingdom in Osun state, southwest Nigeria, the Oluwo of Iwo, Oba Abdulrasheed Akanbi, has been suspended for six months by the state’s traditional rulers council.

Nigeria’s burgeoning online news platform, NewsOne Nigeria reports that the Oluwo of Iwo was suspended for claims of dragging the council’s name into disrepute.

This online news platform understands that the state council at its emergency meeting held at the Finance Building at the State Secretariat on Friday, February 21, banned the Oluwo from attending its meetings and also constituted a committee headed by Orangun of Ila, Oba Wahab Adedotun to further investigate the matter.

In his address to reporters after the meeting, Oba Wahab Adedotun, the Orangun of Ila, said the decision was not taken as a result of the alleged fight between the Oluwo and Agbowu but due to his conduct to other traditional rulers in Yorubaland, including the Alaafin of Oyo, Oba Lamidi Adeyemi, Alake of Egbaland and the Ooni of Ile-Ife, Oba Adeyeye Ogunwusi.

NewsOne Nigeria reports that the Oluwo was alleged to have punched a fellow monarch, the Agbowu of Ogbaagbaa, Oba Dhikurulahi Akinropo during a peace meeting at the instance of the Assistant Inspector General of Police Zone XI, Bashir Makama at his office in the state on the dispute between the monarch and members of Iwo traditional rulers council.