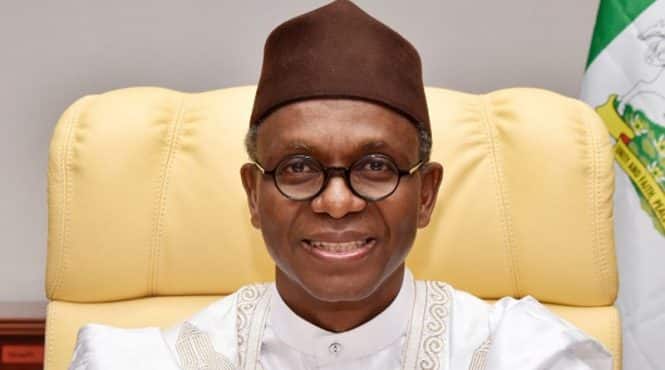 2023 presidency should return to the south after the expiration of President Muhammadu Buhari’s second term in office, the governor of Kaduna State, northern Nigeria, Nasir El-Rufai, has said.

NewsOne Nigeria reports that the statement by Governor El-Rufai is coming amidst rumours in some political quarters that the All Progressives Congress (APC) is positioning the Kaduna State governor to run for the presidency or as a presidential running mate during the 2023 elections.

However, the Kaduna State Governor has said in the spirit of fairness, justice and equity, the Presidency should go to other regions of the country.

Governor El-Rufai was quoted by Vanguard as saying: “The general political consensus in Nigeria is that the Presidency should rotate between the North and the South. It is not written but everyone understands it.

“In some of the parties, like the PDP, it is even written down in their constitution but it was breached in 2015. I think that every politician of honour should understand and abide by that consensus except there is an extenuating circumstance compelling it to be set aside. What could this be?

“President Yar’Adua died in office and it was compulsory for Jonathan to continue but when 2011 election came, there were many people who insisted that Jonathan should step aside for a northerner to complete the tenure of Yar’Adua but I opposed it because I didn’t think it was proper for an incumbent that got there not by his own design should be stopped from contesting when the constitution has not barred him from running.

“In the APC, we deliberately omitted rotational Presidency in our constitution and the emergence of a presidential candidate does not take into account zoning and that was why in 2015, Rochas Okorocha from the East contested, Sam Nda-Isaiah contested, Buhari, Kwankwaso and others contested.”

Though Governor El-Rufai said candidates should be chosen based on merit and general acceptance, he noted that politicians should honour both written and unwritten agreements in the spirit of justice and fairness.

“I can say that as distinct from the PDP, APC has no rotational Presidency but candidates are selected strictly on the basis of political merit and the general acceptability of the candidate.

“I want to say that those of us from Northern Nigeria honour agreements. We do not violate unwritten political agreements and I will be the last person to lead in violating that agreement. I may have a personal view but that should be the basis. I don’t care where you come from but I look for merit.

“But as a group, the Northern APC will have to sit down and endorse someone, most likely someone from the South, because, after eight years of Buhari, I don’t think the Presidency should remain in the north unless there is some extenuating circumstances. But all things being equal, we will honour our agreement and we keep our words,” he opined.