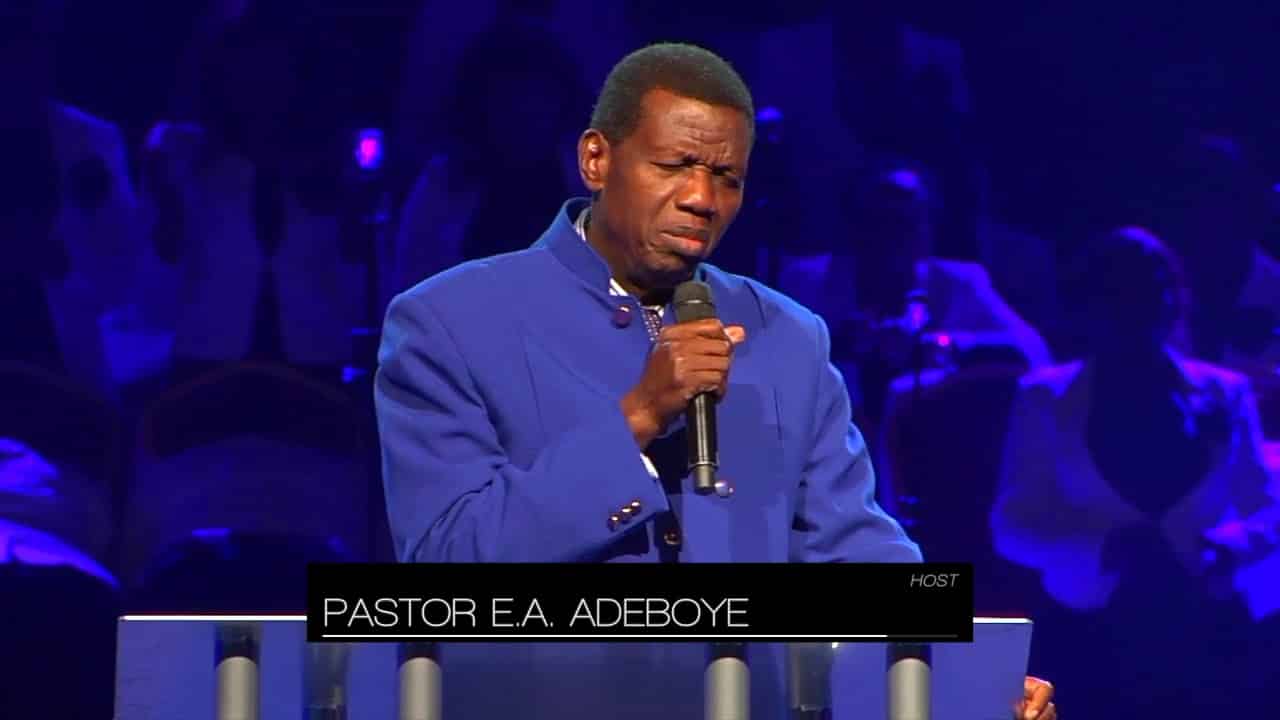 Pastor Adeboye, the General Overseer of the Redeemed Christian Church of God (RCCG), is in fresh trouble for asking state governors and members of the State Houses of Assembly to cut their salaries and emoluments by 50 per cent.

NewsOne Nigeria reports that a couple of weeks ago, Pastor Adeboye, whose full name is Enoch Adeboye, stirred the hornets’ nest when he called on all the 36 state governors and members of the State Houses of Assembly to cut their salaries and emoluments by 50 per cent in order to tackle the challenges the state governments were facing in education, health and other critical sectors.

In their reactions published by Vanguard Newspaper, members of the executive and the legislature disagreed with Pastor Adeboye’s proposal arguing that the church should lead the way by sacrificing a percentage of their tithes and offerings. According to them, the churches amass wealth by collecting money from their members with pastors buying private jets while their members could not even afford to send their children to the schools established by theses churches with their money.

Hon Success Torhukerhijo- Member, Ondo State House of Assembly representing Ese- Odo constituency said:  “Let me tell you straight away that our responsibilities in our different constituencies surpass what we even earn as salaries. What we earn is even too small and considering a reduction is out of it. Calling for a reduction is not even possible because it’s only when you earn bogus salaries that you would contemplate that a reduction won’t affect you. But in a situation that what you even earn is not enough for you and your family then what we should be talking about should be how it can be increased. So a reduction in whatever guise is unacceptable. What we earn as legislators, is not comparable to the enormous responsibilities that we face on a daily basis in our constituencies.

A commissioner in Ondo state who spoke in confidence said that the responsibilities politicians shoulder in their constituencies “is nothing compared to what the clergyman is asking us to sacrifice again. “You won’t believe it that many political appointees seldom travel to their constituencies because of the pressure from their people. Many party members believe we pluck money from trees going by the demands on us. The salaries we earn is not even enough to cater for our family members not to think of sacrificing 50 per cent for the development of infrastructures. It’s not possible. Let the General Overseers and Pastors too sacrifice from the tithes and other offerings they collect from their church members. How much is even our salary that someone is asking that it should be reduced by 50 percent?

Hon Femi Akindele, Member, Ekiti State House of Assembly said: “If that is coming from a renowned person like Baba Adeboye I want to agree with that, assuming without conceding that he’s saying the obvious. If our salary from even the Presidency to the last person which is the councillor is to be slashed by 50% we all welcome it, if the religious leaders like him can as well sacrifice all the money that accrued to his office by taking care of the indigents within their various denominations. So that will even encourage those of us who are political office holders to even go further than even 50%, because as it is today, it is the political office holders that the people, the masses turn to for help on a daily basis, it is the political office holders that people will come to their various houses for school fees, for hospital bills, for health challenges and several other things, yet the churches are the ones amassing this wealth collecting money from these poor people without giving back anything commensurate. They are the ones establishing the schools that their members can’t afford to send their wards to”

Hon Bamidele Faparusi; Ekiti State Commissioner for Infrastructure and Public Utilities said: “It is not the salaries of political office holders that is the problem, because they have their role to play in the system, they leave their other means of livelihood to focus on governance, otherwise they would not dedicate their required time for governance. Another important issue is how they would be able to justify whatever earnings they are getting from taxpayers money. The treasury is depleted when public office holders use their office to get more outside their remuneration. How much is the salary that you want to reduce by 50%? If a Commissioner is taking N320,000, how do you reduce it by half? My General Manager in my private office is earning more than me presently, even as a commissioner. I’m doing almost 24 hours work and still have political responsibilities, people are coming to seek assistance here and there. You have followers, you are a politician, people expect so much from you, so if you say you are halving it, it is better you say it is voluntary work, then you come to work when you choose to come and attend to people at your leisure. I don’t see the remuneration as exorbitant as people portrayed it. When you look at the National Assembly, the salary of Reps member is N700,000, while that of Senator is N900,000, which is not too much. The overhead of the National Assembly is what they need to look at and not their salaries, the overhead is too much. Even that of governance is too high, people should focus on it, not remuneration of people in governance, their remuneration is okay, compared to what people in private sector is taking”.