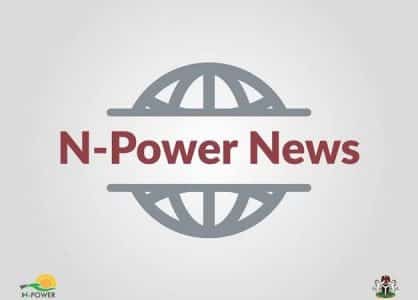 NPower, the administrators of the federal government social intervention scheme, have confirmed when beneficiaries of the scheme will be paid their February 2020 allowance.

NewsOne Nigeria reports that this is coming after the Minister of Humanitarian Affairs, Disaster Management and Social Development, Sadiya Farouq, had disclosed the monthly stipends for the N-Power beneficiaries were delayed due to some data verification issues.

The Minister also added that she was still studying the files handed to her to understand the essence of the N-Power scheme.

However, speaking on Wednesday during a live Facebook chat, Afolabi Imoukhuede, the senior special assistant to President Muhammadu Buhari on job creation and youth empowerment noted that the stipends will be paid this week.

NewsOne Nigeria reports the N-Power scheme was introduced in 2016 by President Muhammadu Buhari, as a two-year social investment scheme for graduate and non-graduate Nigerians between the ages of 18-35. The beneficiaries enjoy N30, 000 monthly stipend, and devices during the duration of their stay in the scheme.