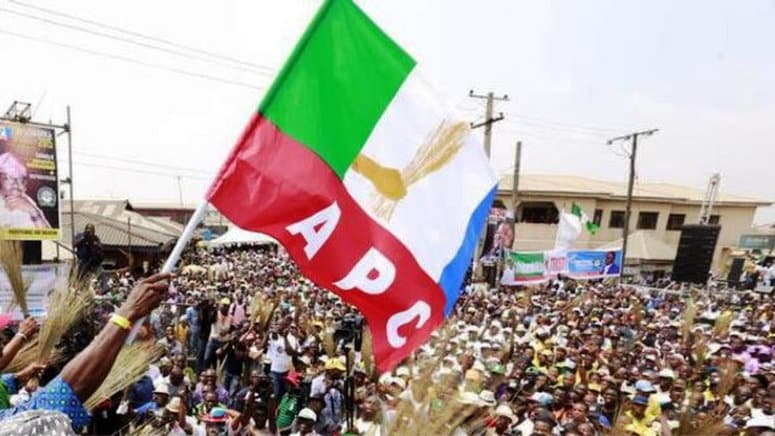 NewsOne Nigeria reports that Chief (Hon.) Victor T. Giadom, the acting National Secretary, made this known in a statement in Abuja on Friday night.

The statement invited all NEC members to attend the emergency meeting in line with Article 25 (B) (II) of the Constitution of the ruling party.

Meanwhile, this is coming at a time the Governors’ Mandate Network has asked governors on the platform of the ruling All Progressives Congress (APC) to urgently find a worthy replacement for embattled National Chairman of the Party, Adams Oshiomhole.

NewsOne Nigeria reports that the Governors’ Mandate in a statement said its advice was predicated on the regrettable action the former governor of Edo State had caused the ruling party.
APC National Chairman in fresh trouble

Speaking through its chairman, Osaro Onaiwu, the Governors’ Mandate asked the governors to quickly leverage on the breather the High Court provided to salvage their party from impending ruin by nominating a replacement for the ousted Chairman, at least in an acting capacity.

The statement said: ”The truth is that the governors are the real custodians of the party being very close to all the stakeholders at the grassroot, hence they cannot afford to be laid back when things seem not to be working well in their party.

“The Abuja Court has provided them the leeway to restructure and refocus their party away from the brigandage promoted by Oshiomhole.” Onaiwu further argued that with gubernatorial elections coming up shortly in Edo and Ondo state, it may be fatal for the party to allow any vacuum in the leadership of the party stating that Oshiomhole has caused so much havoc already and there is need to rebuild and consolidate for the peace and prosperity of the nation.”