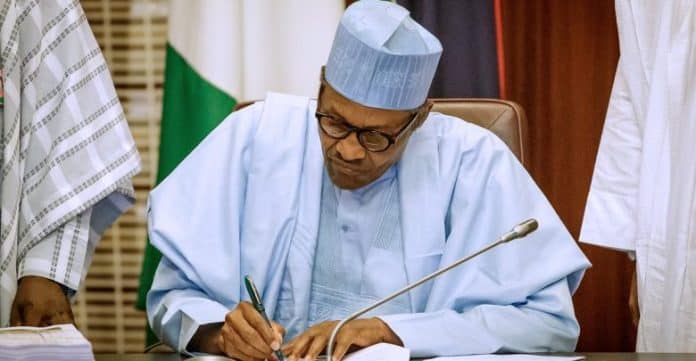 Nigeria’s President Muhammadu Buhari has made seven (7) new appointments for his second term in the office tagged “Next Level.”

This online news platform understands that a statement by Governor Nasir El-Rufai of Kaduna state and chairman of the committee, set up by the National Economic Council (NEC) on Power sector reforms and Distribution Company ownership (DISCOs), said that the new Working Group will incorporate the ongoing efforts of his committee and ensure all power sector initiatives are on the same page under the leadership of the Vice President Osinbajo.

‘’This new presidential working group will coordinate ad-hoc committee and other efforts on a national scale, and report progress fortnightly to Mr President,’’ the statement clarified.

According to the statement, ‘’the presidential working group, which will meet weekly, commenced work at the Presidential Villa on Tuesday, at a meeting at which the Vice President presided.’’

It added that members of the group include, Governor Nasir El-Rufai, representing the Nigerian Governors’ Forum as well as the National Economic Council and the Chief of Staff to the President, Abba Kyari, who leads the German Government/Siemens initiative to improve power supply.

Other members of the group are the Minister of Power, Saleh Mamman, Minister of Finance, Budget and National Planning, Zainab Shamsuna Ahmed, the Governor of Central Bank of Nigeria (CBN), Mr Godwin Emiefele and Special Adviser to the President on Infrastructure, Ahmad Zakari who is also the secretary of the Working Group.

The statement stressed that ‘’the key objective of the working group is to harmonise various efforts by the Federal Government and the 36 States, through the National Economic Council (NEC), on power sector reform and to oversee the design and implementation of a well-coordinated roadmap for the sector.

‘’The national working group will support critical financing initiatives with the World Bank Group, DFID, and other key development partners. The group will also ensure that ongoing Federal and State initiatives are in sync with the Presidential Power Initiative being implemented with the German government and Siemens, and infrastructure investments of the TCN and the Ministry of Power,’’ the statement added.

Meanwhile, NewsOne Nigeria reports that the President will receive updates and briefings twice a month on the progress of the National Working Group.

The NEC in November 2019, constituted an ad-hoc Committee to determine the nature and extent of State Governments’ ownership of Distribution Companies (DISCOs) and provide feedback on the challenges afflicting the power sector reforms.