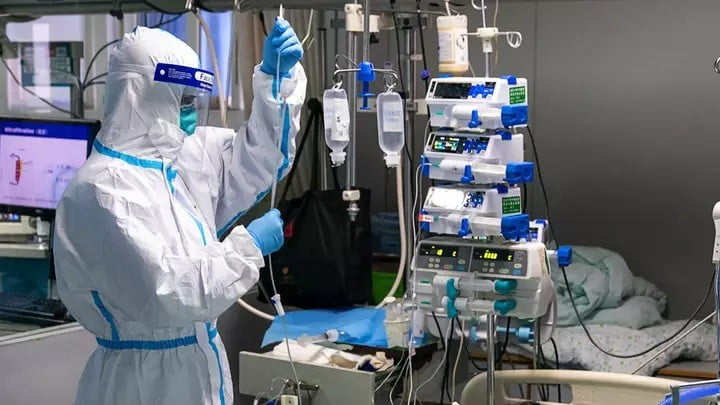 Federal Government has shut down schools nationwide over coronavirus in Nigeria.

NewsOne Nigeria reports that the Federal Ministry of Education has ordered the immediate closure of tertiary institutions, secondary and primary schools nationwide.

This burgeoning online news platform understands that the development is part of the reinforced preventive measures to curb the further spread of Coronavirus in the West African country.

The Permanent Secretary of the Ministry of Education, Sonny Echono confirmed the development in Abuja, Nigeria’s capital on Thursday, March 19.

“We have directed all higher institutions to close this weekend. Unity Schools that have completed their exams are to close immediately. Others are to hurry and close the latest on 26th March,” he said in a statement.

The federal government has also directed the principals of unity colleges nationwide to shut down.

“The Federal Government has ordered the closure of all the 104 Unity Schools in the country on the 26th of March, 2020 as a proactive step aimed at preventing the spread of the dreaded Coronavirus,” Ben Goong, director of press in the ministry of education, said in a statement.

“In the meantime, the Minister said the management of all the Unity Colleges should immediately activate the necessary emergency procedures and processes such as the provision of alcohol-based sanitizers, and handwashing facilities among others, adding that students should strictly adhere to the principles and best practices of good hygiene.”

The principals were directed to immediately report any suspicious case to the nearest health authorities.

Meanwhile, NewsOne Nigeria reports that the development is coming after the Lagos State Ministry of Health confirmed it has four new cases of COVID-19. This was announced by the State Commissioner of Health, Prof. Akin Abayomi.

On Wednesday, the Federal Ministry of Health announced five new cases including a 6-week old baby and her mother. The latest additions, increased Nigeria’s cases to 12 after it had just two cases for a number of days.

One of the first two cases has since tested negative with the index case, an Italian believed to be on his way to testing negative too. In the briefing on Thursday, Abayomi said 19 people were tested with four of them testing positive.

The Commissioner of Health said the first of the four new cases who tested positive to the disease was a woman who had contact with the woman who came from the United Kingdom some days ago who was tested positive.

According to Abayomi, the second new case was a female who returned from France on the 14th of March on a Turkish airline TK 1830. The third case was a Nigerian male in his 50s who had not travelled anywhere but was tested positive to the disease.

Speaking further, the Commissioner of Health revealed that the 4th new case was a Nigerian male who arrived in the country on the 13th of March from Frankfurt to Lagos on Lufthansa airline, flight number LH568.

The Lagos State Commissioner, however, said more tests were still being carried out adding that, “we have a combination of imported cases and local transmission. The Executive of Lagos State is meeting on the next stage of social distancing.

“The best way to slow the rate is to halt the movement of the virus from person to person,” he said.

The Commissioner of Health appealed to people on the two flights to self-isolate themselves and reach the government.

“Currently, we are following over 1,300 people right now to find information about the state of their health and the number is increasing”.