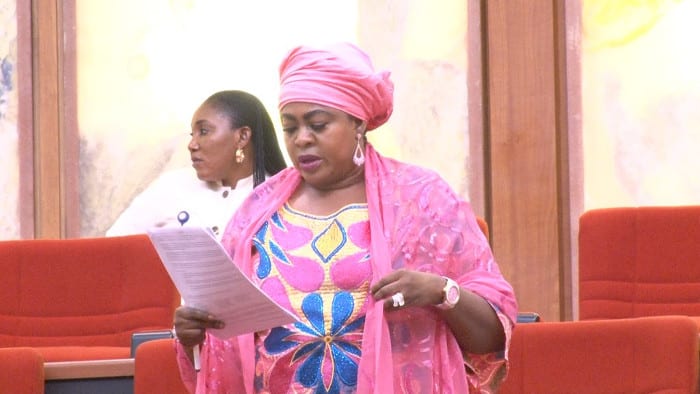 To set the records straight and disabuse the minds of the general public against the antics of some characters currently levelling baseless accusations in the media, I Ikenna Uyanneh wish to put these down for posterity.

1. That I coordinated ALL the grassroots programmes and structures for the Senator Princess Stella Oduah 2019 re-election into the Senate of the Federal Republic of Nigeria.

2. That I coordinated these structures through the Neighbour 2 Neighbour platforms in  Anambra North.

3. That these platforms were coordinated through the various communities and wards and they were all inaugurated before the election.

5. Most eligible voters in Anambra North massively voted for Senator Princess Stella Oduah’s re-election in 2019 because of her massive infrastructural developmental projects, skill acquisition programmes and other special programmes like empowerment for widows, youth, the elderly, the religious organizations etc that earned her the term, “The Empowerment Specialist of Anambra North”.

6. After the 2019 general election, some faceless persons put across a call to the Senator and I claiming to have worked for her as ward managers.

These group of persons are unknown to the Senator and I and did not work for the re-election of the Senator before, during and after the election. There is no group like that.

These same persons have kept calling Senator Oduah, asking for money and seeking to publicly blackmail her by publishing wild claims and threats in the media in the unconscionable hopes that our senator will be coerced to give them money.

The public should take note that these characters are fraudulent, self-seeking and unknown faces who are trying hard to destroy the hard-earned reputation of the most Distinguished Senator Stella Oduah.

These tricksters are hereby warned to desist forthwith from this dubious act as any further calls to the senator, myself and/or any other action by them will be addressed by the law enforcement agencies and dealt with according to law.

It is on record that Distinguished Senator Princess Stella Oduah is a law-abiding and peaceful citizen of Nigeria and she is too preoccupied with the business of lawmaking and thoughts on how to make Anambra North better to be engaged in their mindless propaganda antics.

We are a strong political family and our vision remains Human Capital Development.

It is about Humanity and giving back to society is our greatest passion.