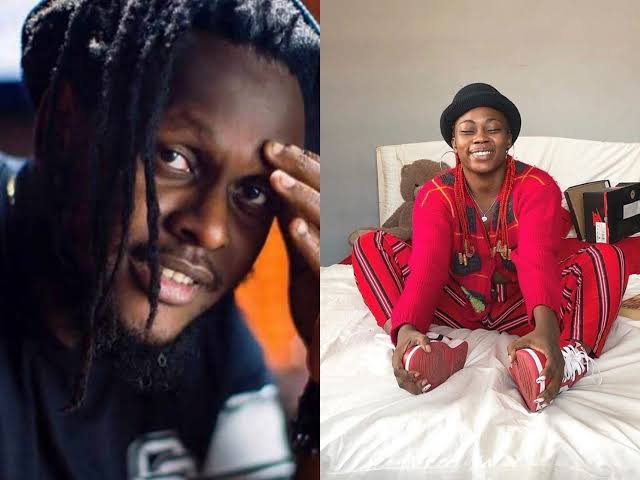 A report monitored on The Eagle Online by NewsOne Nigeria, had said Picture Kodak died in the house of the video producer, who is also the son of ace musician, Shina Peters, late on Wednesday, April 30.

Picture Kodak was rushed to a hospital within the neighbourhood where she was pronounced dead. An eyewitness who was present at the moment she died gave an account as seen below. 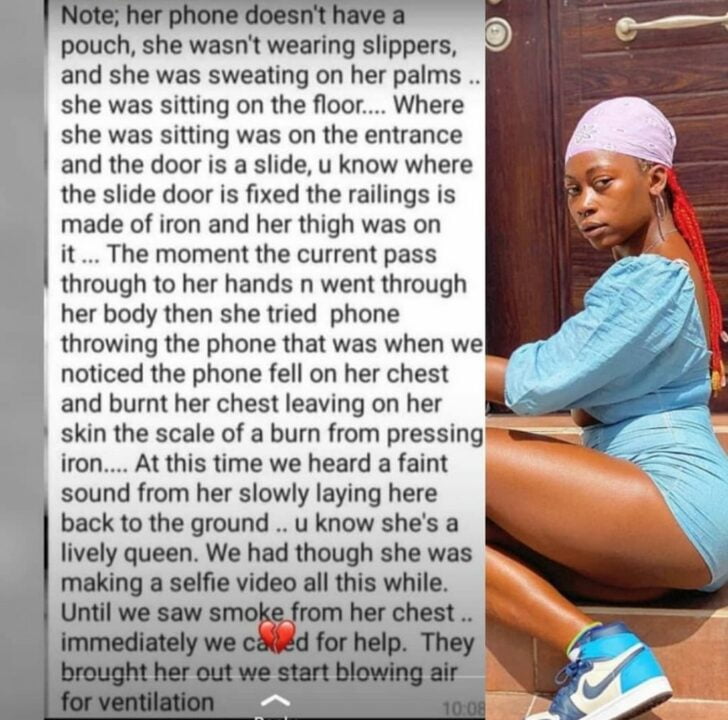 An eyewitness account of how video vixen, Picture Kodak died.

The eyewitness said: “Note, her phone doesn’t have a pouch, she wasn’t wearing slippers and she was sweating on her palms. She was sitting on the floor. Where she saw was on the entrance and the door is a slide. U know where the sliding door is fixed the railings are made of iron and her thigh was on it.

“The moment the current pass through to her hands and went through her body then she tried throwing the phone. That was when we noticed the phone fell on her chest and burnt her chest leaving on her skin the scale of a burnt pressing iron. At this point, we had a faint sound from her slowly lying her back to the ground.

“U know she’s a lovely queen. We had thought she was taking a selfie video all this while until we saw smoke from her chest. Immediately we called for help, they brought her out and we start blowing air for ventilation.”