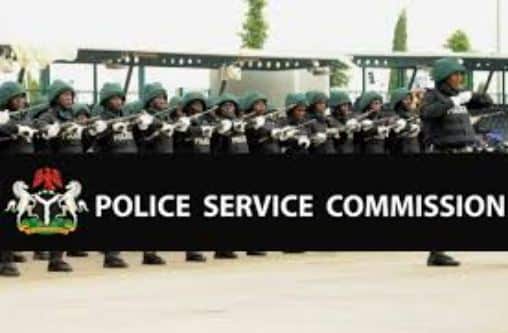 As exclusively reported by NewsOne Nigeria in March 2020, PSC has promoted 6,618 senior police officers in its police promotion 2020.

The Police Service Commission (PSC) has approved the promotion of 6,618 senior police officers of the Nigeria Police Force (NPF), confirming an exclusive report filed by this online news platform four months ago about police promotion 2020.

In our March report about Nigeria police promotion 2020, NewsOne Nigeria exclusively gathered that the promotion will  include officers whose names were omitted in the last promotion, in what can best be described as “justice for the affected officers.”

NewsOne Nigeria reports that the police signal (Police Wireless Message) also instructed that those Nigeria police officers “omitted in the last promotion whose date of last promotion was 7/12/2015 should also include their names for proper documentation.”

Four months after NewsOne Nigeria reported about police promotion 2020,  PSC Head of Press and Public Relations, Ikechukwu Ani, issued a statement on Friday, July 3, confirming the promotion of the officers of the Nigeria Police Force.

According to the statement, the promotions were one of the highpoints of the 8th Plenary Meeting of the Commission which spanned a period of three weeks and ended on Wednesday, July 1st, 2020. It added that the plenary meeting was presided over by Commission Chairman, Musiliu Smith, a retired Inspector General of Police.

“The Commission also promoted two hundred and six Assistant Superintendents of Police to Deputy Superintendents among which were; Ignatius Ogoejbunam Atta, Mustapha Ali and Awe Vincent

“Chairman of the Commission congratulated the promoted Officers and demanded that they should reciprocate the Commission’s gesture by rededicating themselves to the service of their fatherland. Smith said the Commission will continue to ensure that merit and seniority guide the promotion of Officers of the Nigeria Police,“ the statement about police promotion 2020 read.