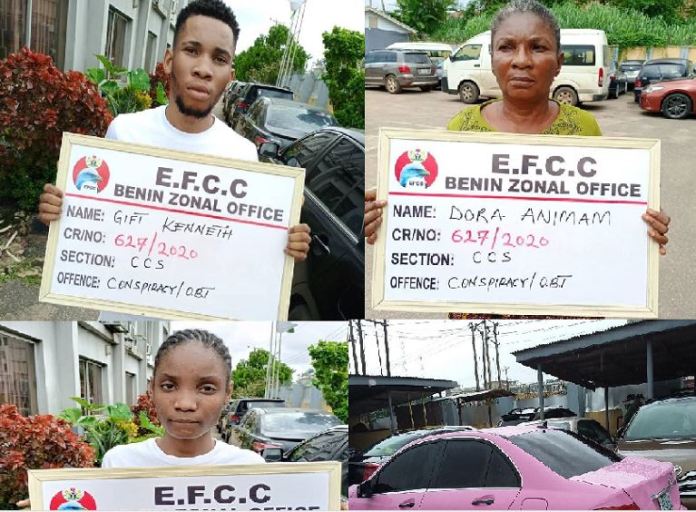 A mother, her son and his girlfriend have been arrested for internet fraud by the Economic and Financial Crimes Commission (EFCC).

According to the anti-graft agency, the arrest of the son, mother and girlfriend was a sequel to a petition from the US Federal Bureau of Investigation (FBI) and intelligence by operatives of the Commission.

Meanwhile, the suspects have made useful statements and will be charged to court as soon investigations are complete, the EFCCsaid.