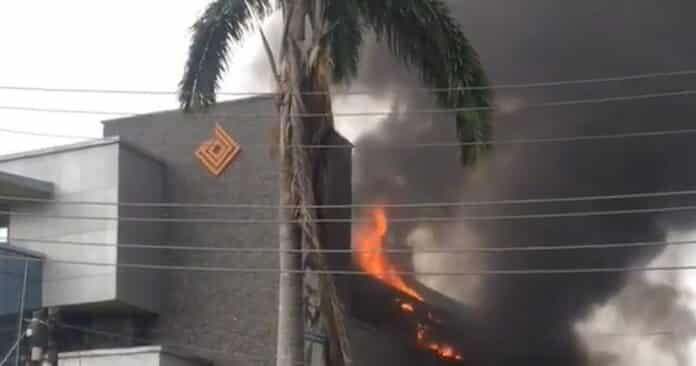 NewsOne Nigeria reports that a branch of Access Bank at Adetokunbo Ademola Street, Victoria Island, Lagos State has been gutted by fire.

The part of the Access bank building was gutted by fire after a petrol tanker exploded near it on Wednesday, August 26.

The Federal Fire Service confirmed the incident at 10.20 am in a tweet on the micro-blogging site, Twitter, saying: “Our men are on the ground, trying to combat the inferno. Thanks for notifying us,” it tweeted via @Fedfireng.