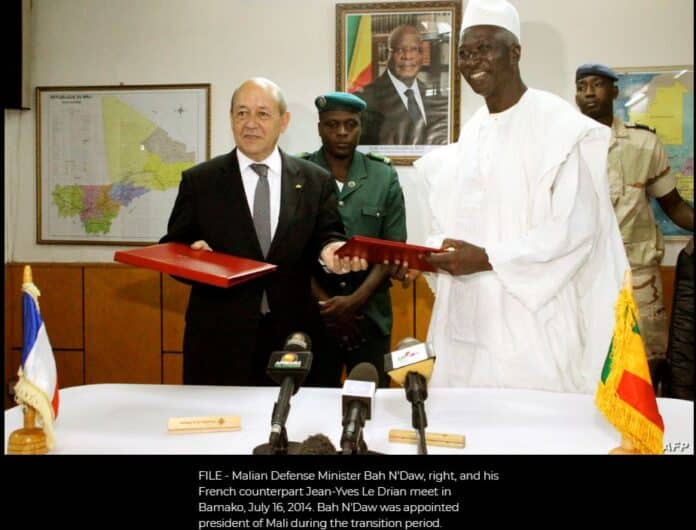 Mali has gotten a new President after a military coup.

Newsone Nigeria reports that the junta that overthrew Mali’s president last month said Monday that former defense minister and retired Col. Maj. Bah N’Daw will be the president during the transition period.

A 30-person panel set up by the National Committee for the Salvation of the People (CNSP), the junta that has ruled Mali since soldiers overthrew President Ibrahim Boubacar Keita on Aug. 18 appointed Bah N’Daw.

CNSP chief Col. Assimi Goïta made the announcement on national television, saying that the new Malian president is expected to serve as head of state for several months before civilians return to power.

Goïta said he has been appointed transitional vice president.

“The swearing-in ceremony will take place on Friday, Sept. 25,” he said.

These announcements came after several weeks of debate among Malians over whether the transitional government will be led by civilians or the military.

The Economic Community of West African States (ECOWAS) has been pressuring the junta to quickly name leaders for the transition.

On Sept. 18, Goita traveled to Niamey, Niger, where he met the current president of ECOWAS, President Mahamadou Issoufou.