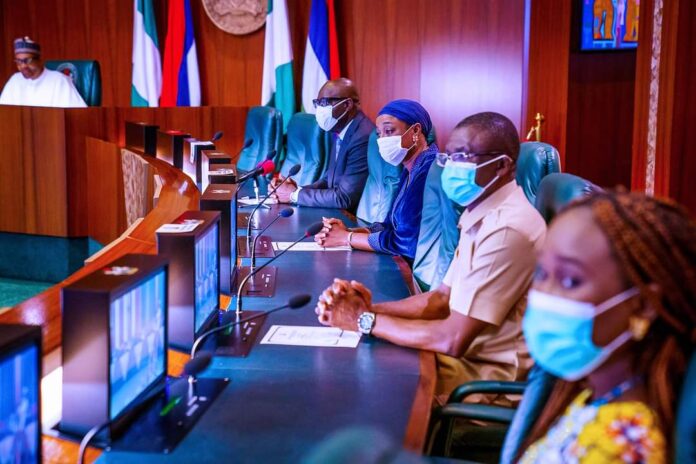 Newsone Nigeria reports that the Edo State governor, Godwin Obaseki, during the visit to President Muhammadu Buhari, shut out the possibility of returning to the All Progressives Congress (APC), Nigeria’s ruling party,  any time soon.

The Edo Governor, who gave the hint while speaking to State House Correspondents after meeting with President Buhari at the Presidential Villa, said such a move would negatively affect his credibility.

On why he visited President Buhari, Governor Obaseki said he was at the State House on an appreciation visit to the President, following Saturday, September 19 Edo governorship election, which he won and was re-elected as governor of Edo State.

Responding to questions from State House correspondents after meeting with President Buhari, the Edo Governor affirmed that leaving the PDP for the APC goes against Buhari’s gospel of integrity.

Governor Obaseki also said he will not attempt to replace former APC national chairman, Comrade Adams Oshiomhole, as the new godfather of Edo politics, saying that if he does, “I should be dealt with accordingly.”

Meanwhile, Newsone Nigeria recalls that Obaseki dumped the APC for the Peoples Democratic Party (PDP) following his disqualification from the party’s governorship primaries.