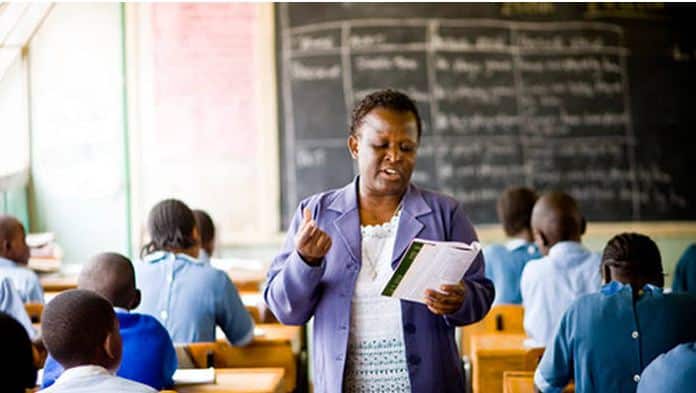 Teachers have embarked on the strike after FG reopened schools.

Newsone Nigeria reports that hundreds of Zimbabwean teachers demanding better pay stayed at home on Monday, as the Federal Government reopened schools after six months of coronavirus restrictions in the West African country.

Dozens of students, it was learned,  waited for their teachers in vain at an unfinished school building at the Warren Park High School in a western working-class suburb of Harare in Zimbabwe. A 20-litre bucket of hand sanitiser was placed at the school entrance with some of the students wearing face masks.

No teachers were in sight and primary pupils played outside classrooms at another government school in the upper-class Avondale district.

Teachers “did not turn up for duty,” the secretary-general of one of the country’s largest unions, the Progressive Teachers’ Union of Zimbabwe, Raymond Majongwe, told AFP.

The secretary-general said teachers battle to “survive” and that they can’t even afford to send their own children to school.

He said, teachers’ salaries, have been heavily eroded by inflation which stands at over 700 per cent to an average equivalent of $40 a month, down from $550 in October 2018.

“Forty dollars is an insult. Teachers have lost their ranking in society. It’s actually an insult to be a teacher. It’s a curse,” he said.

Meanwhile, Zimbabwe is being buffeted by its worst economic crisis in over a decade and is grappling with hyperinflation.