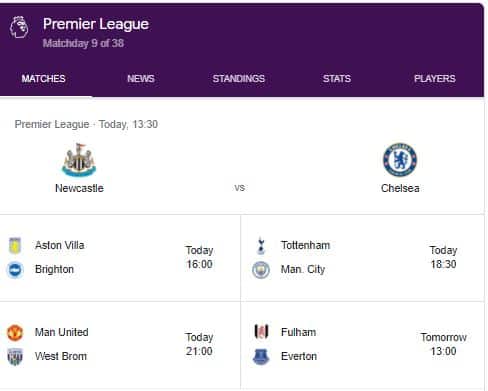 NewsOne Nigeria reports that the English premier league fixtures sighted by this online news platform shows that Newcastle United will host Chelsea in the first game of the week.

Apart from Chelsea, three other matches will be played on Saturday while four will take place on Sunday and the last two for the week kicking off on Monday, November 23rd.