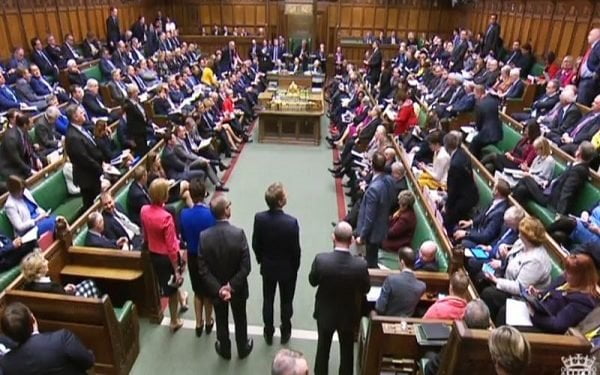 FG has sent a balanced picture of Lekki massacre to the UK.

NewsOne Nigeria reports that the Federal Government led by President Muhammadu Buhari has opened talks with the United Kingdom (UK) over recent #EndSARS protest in Nigeria and the reaction of the UK Parliament to the development.

This is coming after the UK Parliament debated the protest, especially the violence that trailed it and the alleged role of security agencies.

There have been reports claims that the UK Parliament has proposed sanctions for Nigerian government officials over the developments.

The Minister of Foreign Affairs, Geoffrey Onyema, while speaking to State House Correspondents on Wednesday after the week’s virtual Federal Executive Council (FEC) meeting, said Nigeria had communicated the events surrounding the protest to the government of the UK.

FG Reveals When Land Borders Will Reopen Amid Coronavirus

Onyema said the reported debate and alleged sanctions were at the level of the parliament, clarifying the parliament does not speak for the UK government.

The Minister of Foreign Affairs said: “On the issue of UK Parliament, yes we have reached out to the UK government. The meeting that took place were Parliamentarians and don’t speak for UK government which acts for the United Kingdom has also heard the side of the (Nigerian) government regarding everything that has happened.

“So, we have been in touch with them and engaging with them. And of course as in any democracy, the members of parliament are able to also air their view.

“But what is important is that balanced picture is made available to them before they take any decision,” he said.