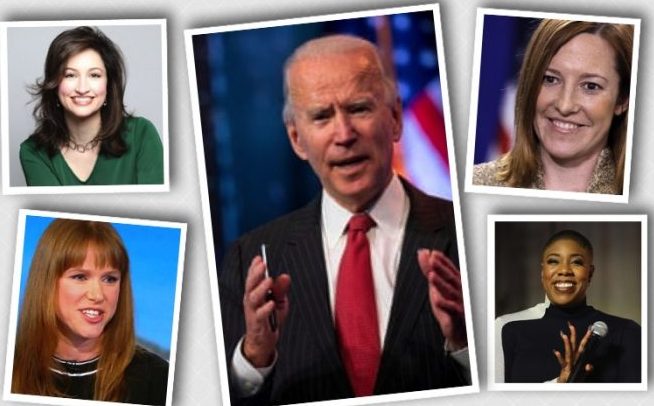 NewsOne Nigeria reports that United States President-elect Joe Biden will have an all-female senior communications team at his White House.

For the first time, the top communications roles at the White House will be entirely female. Four of the seven appointees are women of color, Biden announced yesterday.

“These qualified, experienced communicators bring diverse perspectives to their work and a shared commitment to building this country back better,” he added.

President-elect Biden’s transition team said the “diverse, experienced and talented women” picked for the role show the incoming president’s “commitment to building an administration that looks like America and is ready to deliver results for working families on day one.”

The women picked by Joe Biden were key campaign staff and advisors.