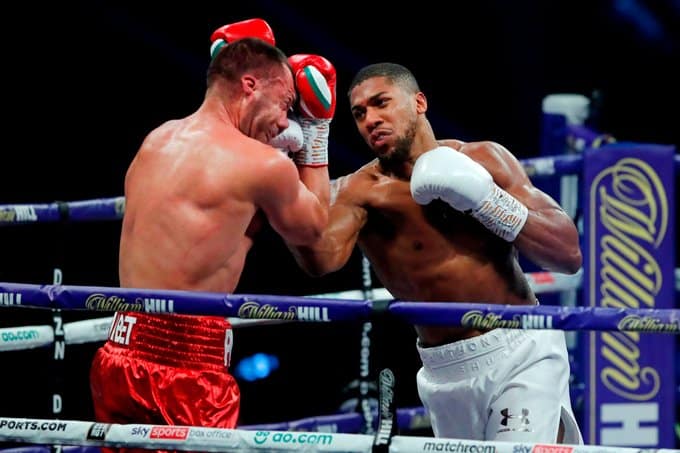 Anthony Joshua has knocked out Pulev to retain titles.

This online news platform understands that the British-Nigerian heavyweight boxer showed no mercy as he brutally knocked Kubrat Pulev out in the ninth round of their world heavyweight championship fight at The SSE Arena, Wembley in London, United Kingdom on Saturday night, December 12.

The British-Nigerian boxer knocked out Pulev in the ninth round of their world title bout, this was before Joshua sent Pulev to the floor heavily on three occasions, twice in the final round, and ended the fight with a vicious right hand to retain his IBF, WBA and WBO titles.

Meanwhile, NewsOne Nigeria understands that the fight against Pulev was Joshua’s first fight since reclaiming his belts from Andy Ruiz in December 2019 in Saudi Arabia.

The British-Nigerian boxer defended his WBA (Super), IBF, WBO, and IBO heavyweight titles during the encounter with a win guaranteeing him a chance to face Tyson Fury in an all-British boxing bout in 2021.

Watch the moment Anthony Joshua knocked out Pulev below…