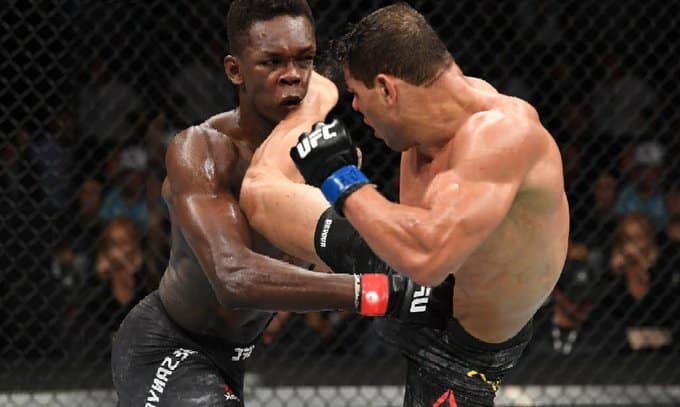 The fight marked the sixth champ vs. champ fight in octagon history as Adesanya tried to become the fifth UFC fighter to hold belts in two divisions simultaneously. The middleweight champion before now, remained undefeated in his professional career with nine UFC wins.

Watch the video of the UFC 259 fight Blachowicz vs Adesanya

Adesanya really caught the L to Blachowicz & Dana White is all of us #UFC259 pic.twitter.com/m0MZFT8AWm

Blachowicz then says he should’ve put more pressure on and boxed more but ultimately, it worked out. Then he says that Glover Teixeira deserves the next shot at the light heavyweight title and he wants to fight against him next, before Glover gets too old. But first, he wants to hold off and spend some time with his family.

He ends the interview giving props to Adesanya and celebrating being the first guy to beat him. He then calls for his due respect as the true champion of the world. Legendary Polish Power.

Adesanya gives a post-fight interview and then makes some jokes about not being able to sleep the night before, mocking Paulo Costa. Adesanya seems in fine spirits. Says that the size played a factor but he also just didn’t have a great fight. He also says he’s going back to 185 first and then he’ll come back up to light heavyweight soon.

“The size did play a factor but my technique could’ve been better!”