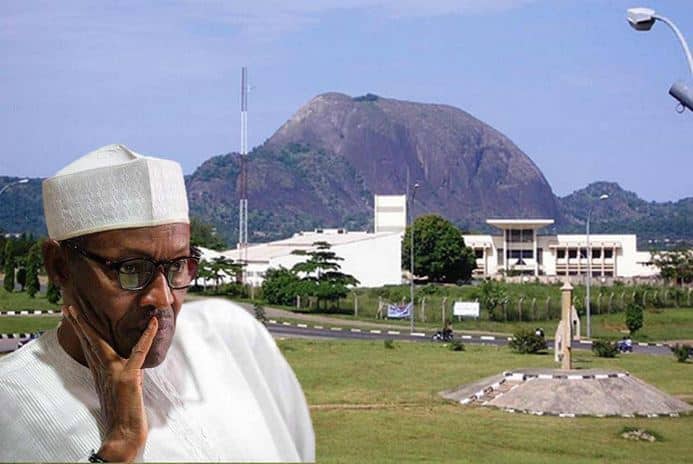 NewsOne Nigeria understands that a fire outbreak has been reported at the Presidential Villa in Aso Rock, Abuja, Nigeria’s capital, causing confusion among workers in President Muhammadu Buhari’s abode.

A report monitored on SaharaReporters by NewsOne Nigeria, says the fire started 4 pm on Saturday, March 6, 2021 at Aso Rock as the fire service officials tried desperately to put it out.

“The security men were chasing people not to capture the incident, but I tried my best to capture it. The fire is still on,” a source told SaharaReporters around 9 pm.

Meanwhile, the report said although the cause of the fire is not yet known, fire service trucks have moved in and were seen in the villa.

Watch the video of Aso Rock on fire below…