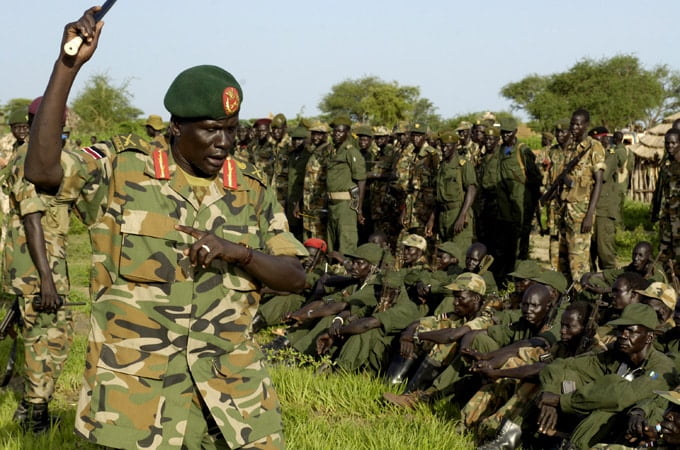 Army Chief of Staff has been sacked over ‘insecurity’.

This online news platform understands that no reason was given for the sacking of the Army Chief of Staff but a source in the office of the president said the move was part of normal changes by the president.

NewsOne Nigeria reports that the Army Chief of Staff is not new to the military. He has been serving as Assistant Chief of Defense for administration and finance.

This online news platform understands that Wol was first promoted from lieutenant-general to general before his new post.

Kiir also issued a series of decrees dismissing and appointing senior officials in his office and the national security sector.

Gen. Thomas Duoth was relieved from his position as Director-General of the General Intelligence Bureau, National Security Service, and replaced by Maj. Gen. Simon Yien Makuac. Duoth was reassigned to Kuwait as a grade one ambassador.