Newsone reports that Nigeria’s President Muhammadu Buhari, had published a video through the Presidency on the micro-blogging site, Twitter, wherein he threatened to deal with youths of the South-East has been taken off by the social media app. The video has been deemed genocidal.

This online news platform understands that the video where Buhari threatened genocide was initially posted on the official handle of the Government of the Federal Republic of Nigeria, @NGRPresident.

President Buhari in the video, noted the role he played alongside other Nigerian military officers in the Nigerian Civil War of 1966-70, which led to the murder of over three million Igbos.

in the region. The tweets transcribing the president’s address were earlier taken down by the app on Wednesday.

Twitter had earlier seen no wrongdoing in its response to some of those who marked the tweet as genocidal and reported it as a violation of its policy, but the social media company took down the offending tweet.

Newsone Nigeria reports that the Presidency had complained that Twitter was displaying double standards by ignoring tweets it deemed inciting from the leader of Indigenous People of Biafra (IPOB), Nnamdi Kanu, as well as others made during the #ENDSARS protest, which it claimed led to the destruction of government properties but despite that, Twitter took down the Presidency’s tweet. 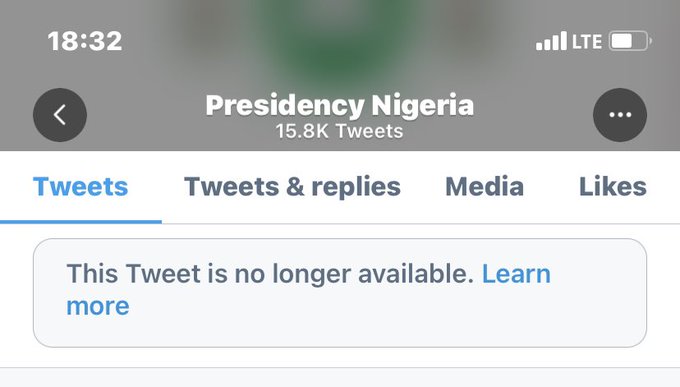