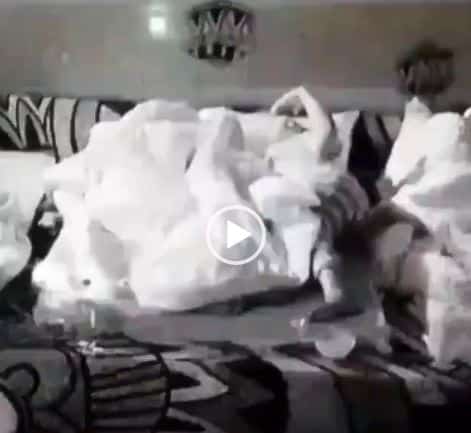 BBNaija JMK has been caught on camera flashing boobs.

This online news platform understands that the BBNaija housemate who is a lawyer, was caught on camera flashing her boobs while discussing with a fellow housemate in the room during “light out” in Biggie’s house.

In the video which is yet to go viral, Newsone reports that BBNaija JMK who apparently was feeling “uneasy” in the room maybe due to the atmosphere in the said room, first removed the hair cover she was putting on and later raised her top up, revealing her breast in the process unconsciously on TV.

Meanwhile, Newsone Nigeria reports that BBNaija JMK who initially looked like someone who had forgotten she was in Big Brother Naija house and as such had camera on her, quickly dropped and top down, covering her n*ked breast in the process