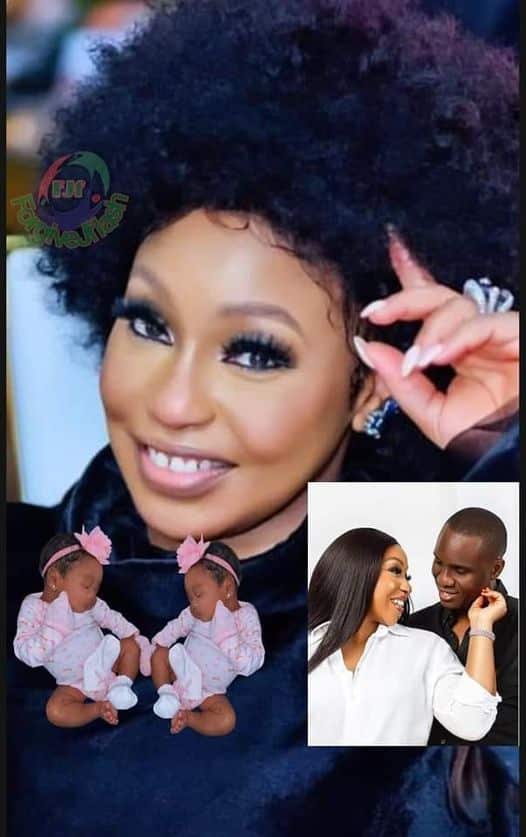 Newsone reports that Nollywood actress Rita Dominic has debunked the reports of her welcoming a set of twins with her husband, Fidelis Anosike on September 21, 2022.

This online news platform understands that the movie star made this known in a post on the micro-blogging site, Twitter via her Twitter page on Wednesday evening, September 21, 2022.

Reacting to the news of her supposed twin girls, Rita Dominic  shared a gif with the caption ‘Fake News.’

Newsone Nigeria reports that there had been several reports flying on social media and some Nigerian online platforms (Newsoneng.com not inclusive) that the actress and her hubby, Fidelis Anosike welcomed twins.

According to the reports, the movie star welcomed a set of twin girls far away in the United Kingdom.  This came months after the actress had a star-studded wedding.

Some of the reports were accompanied by a picture collage of the Nollywood actress, her husband, and two baby girls in what was supposed to be her newborn set of twins but the reserve is the case.

Others were veteran comedians and actors Julius Agwu and Okey Bakassi.

The popular Nollywood actress and her partner Fidelis Anosike got engaged earlier in April.

This news platform recalls that Dominic sent social media into a frenzy when she shared some cozy photos with her partner, Anosike on Boxing Day, 2020.