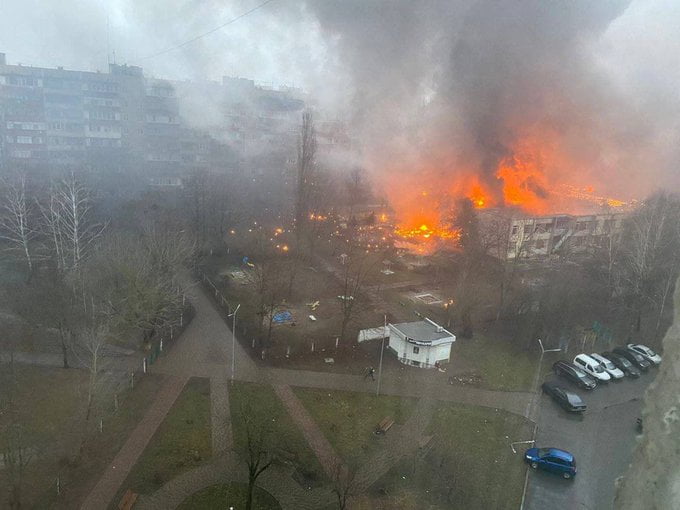 Helicopter Crash has killed an Interior Minister and 15 other people.

Newsone reports that at least 15 people including Ukraine’s interior minister, Denys Monastyrsky, other senior officials, and several children have been killed after their helicopter crashed by a kindergarten in a suburb of Kyiv.

This online news platform understands that a number of children at the school in Brovary were among the casualties Helicopter Crash after debris hit the building.

Officials gave no immediate account of the cause of the crash. However, the SBU state security service said it was investigating possible causes, including a breach of flight rules, a technical malfunction and the intentional destruction of the helicopter.

The Ukrainian president, Volodymyr Zelenskyy, described the crash as “a terrible tragedy” on a “black morning”. “The pain is unspeakable,” he wrote on Telegram.

Monastyrsky, who was responsible for the police and security in Ukraine, is the most senior Ukrainian official to die since the war began. The national police chief, Ihor Klymenko, said Monastyrsky had been killed along with his deputy and other senior ministry officials.

The death toll is rising after the helicopter of Ukraine’s Emergency Service crashed near the kindergarten in Brovary, northeastern suburb of Kyiv

Newsone Nigeria reports that the regional governor said 18 people had been killed but emergency services later announced a death toll of 15 and said 25 others had been injured, including 10 children.

“There were children and … staff in the nursery at the time of this tragedy. Everyone has now been evacuated. There are casualties,” the Kyiv region governor, Oleksiy Kuleba, wrote on Telegram.

“For now, we are considering all possible versions of the helicopter crash accident,” Ukraine’s prosecutor general, Andriy Kostin, added amid suggestions it could take several days before the cause of the crash was established.

The helicopter appears to have been travelling to a frontline area in foggy conditions when it came down in an area where there are a number of tall buildings.

According to some claims, the crash occurred when the helicopter clipped the kindergarten through pilot error, although it was not clear why it was flying so low in a built-up area.

One witness said he saw the helicopter approach the neighbouring building from his kitchen window before falling sharply.