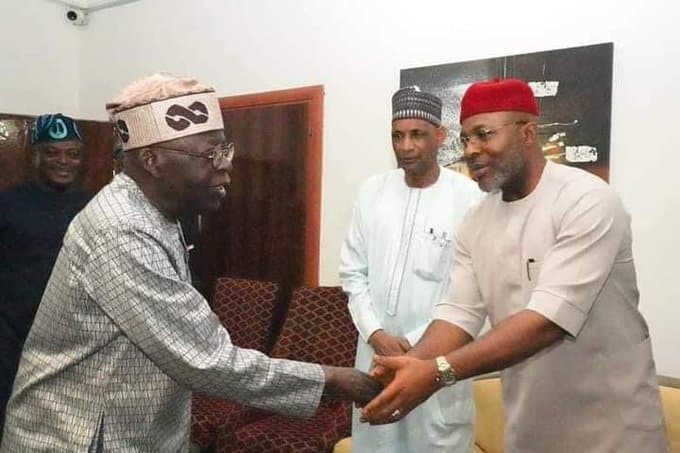 Imo Assembly Speaker who promised Tinubu votes in 2023 has resigned.

This online news platform understands that Ibe’s resignation as Imo Assembly Speaker was disclosed on Monday during an emergency plenary session of the lawmakers at the state house of the assembly complex.

Ibe said his decision followed a broad consultation with family and political associates. He also noted that his resignation as the Speaker of the House of Assembly was in the best interest of the All Progressives Congress, APC, political in Imo State.

However, he said he would continue to support the APC in Imo State, the state government and the legislature.

The lawmaker representing Ehime Mbano state constituency, Emeka Nduka has been sworn in as the new Speaker of the Imo State House of Assembly.

Meanwhile, Newsone Nigeria recalls that Ibe as Imo Assembly Speaker had in July 2022, promised to deliver Imo State for Bola Tinubu, the Presidential candidate of the ruling All Progressives Congress (APC) in the 2023 election.

In a meeting with the APC candidate, Ibeh who was speaking before dignitaries said, “My Governor sent me here to assure you that Imo State is for you regardless of all the things we see in the social media that has to do with the South East”.

Ibeh continued by assuring Tinubu, “We want to say that Peter Obi is on his own as the State is for APC. If we are obedient, we are obedient to APC and not to him”.