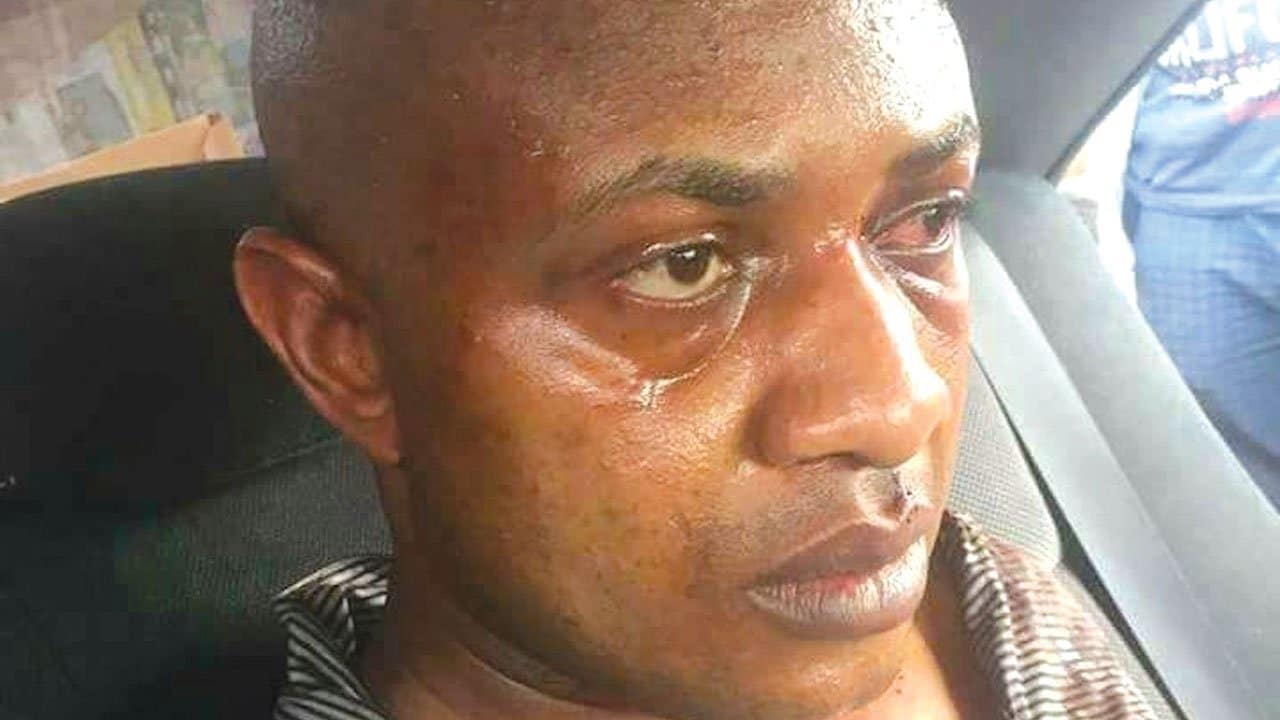 Kidnap kingpin Evans has been jailed.

Newsone reports that a kidnap kingpin, Chukwudumeme Onwuamadike, popularly known as Evans, and his co-defendant, Victor Aduba, were on Monday sentenced to 21 years imprisonment.

The two convicts were accused of conspiring and kidnapping Sylvanus Ahanonu Hafia on June 23, 2014, at Kara Street, Amuwo Odofin in Lagos. They were alleged to have captured and detained Hafia and demanded a ransom of $2m.

Justice Hakeem Oshodi had earlier sentenced him and two others to life imprisonment for conspiracy and the kidnap of the Managing Director of Maydon Pharmaceuticals Limited, Donatus Dunu.

In convicting the trio, Justice Oshodi held that the prosecution had successfully proved the charge against them beyond a reasonable doubt.

In reaching his verdict on Evans, the judge held that he observed the demeanour of the witness, stating that in some of the confessional videos played in court, Evans had mentioned some of the other defendants and the roles they played in the crime.

“He was seen freely laughing and willingly answering questions. A close look at his body shows no sign of torture. He did not look unkempt. He is seen laughing even when he was told that he must be a rich kidnapper.

“He showed no remorse in the dock and tried to lie his way out of the crimes despite the video evidence” Justice Oshodi said.

BREAKING: NDLEA Busts Cocaine Worth Billions Of Naira In Lagos