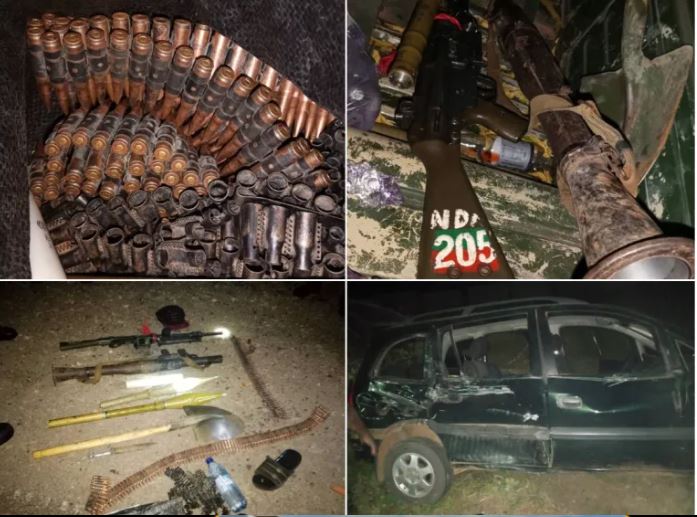 Scores have been killed and ISWAP Commander arrested after Nigerian Troops clashed with terrorists.

Newsone reports that scores of terrorists suspected to be ISWAP fighters have met their waterloo in the hands of Nigerian troops after a failed attempt to free their leaders in a concentration camp located in New Bussa, Niger State.

A report monitored on PRNigeria by Newsone Nigeria, quoted a defence intelligence source to have said that the military had been anticipating the terrorists who met a massive ambush laid for them.

“Though the incident happened at night, the troops had been anticipating such daring moves and have been on high alert.

“They just came into our trap. While at least seven dead bodies of the terrorists were counted this morning. The troops succeeded in arresting one of their commanders who led the fighters.

“NAF aircraft were also timely in supporting the ground troops from Wawa Military cantonment in Borgu local government area of Niger state, hence the success in decimating the terrorists,” he said.