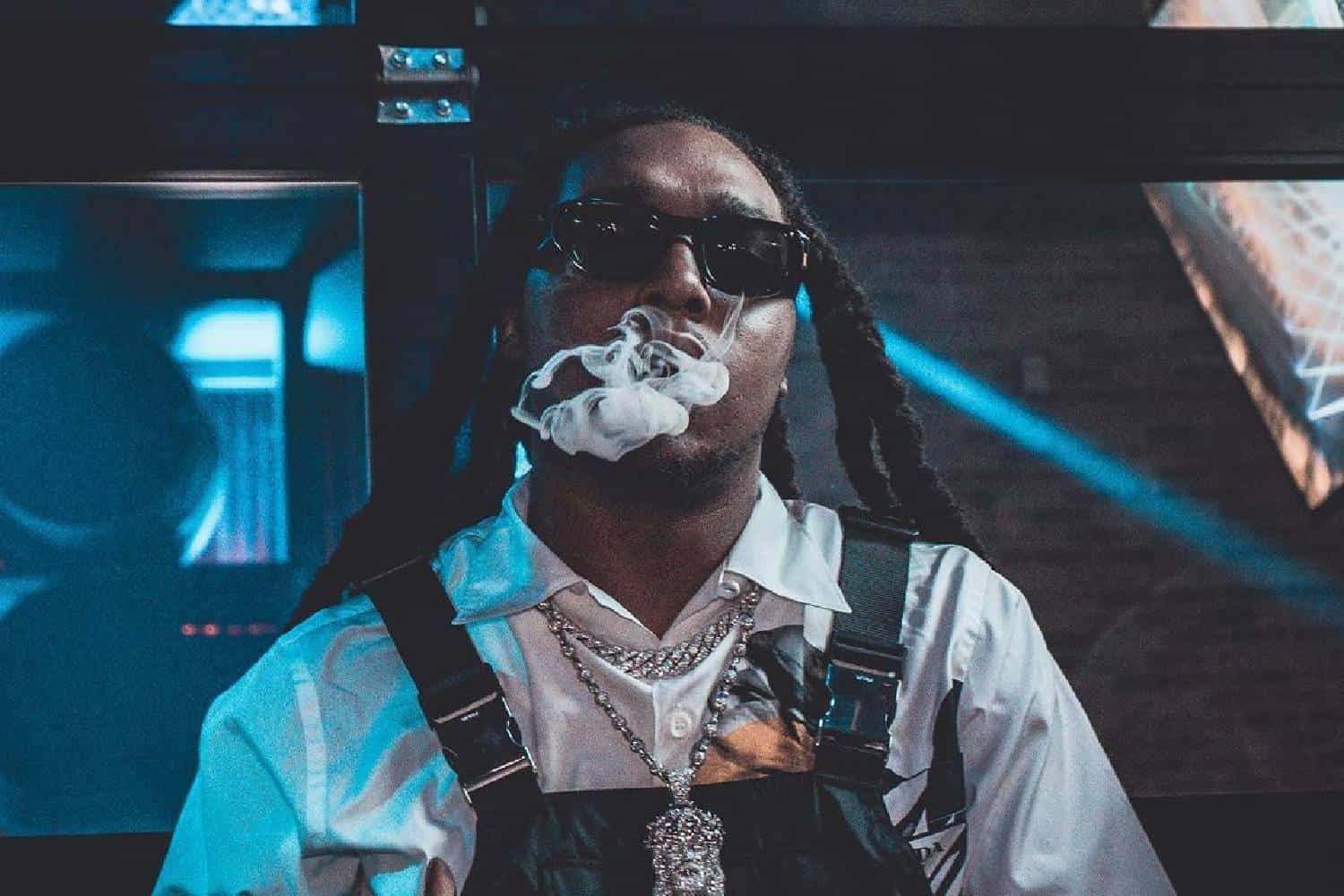 Though it is not immediately known the exact time the rapper died. Confirmed sources say Takeoff was shot and killed over a dice game in Houston a few hours ago.

This online news platform understands that the deadly shooting happened in the 1200block of Polk Street in the downtown side of Houston. At least a dozen law enforcement agencies responded to the scene of the incident.

Newsone Nigeria reports that the arriving officers located two individuals suffering from multiple gunshot wounds at the scene. The two victims were transported to an area hospital where one was confirmed dead and the second in critical condition. The deceased victim was identified as American rapper Takeoff. Takeoff’s real name is Kirshnik Khari Ball. 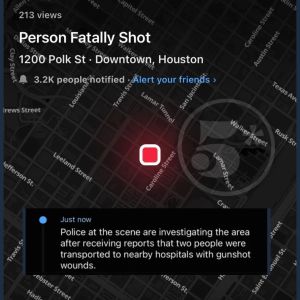 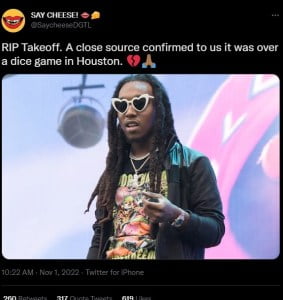 According to law enforcement agencies, the suspect fled the scene and is currently at large. A heavy police presence is currently in the area of the incident and everyone is been urged to avoid the scene at this time. The victim Takeoff along with fellow family members Quavo and Offset began rapping in 2008.

Who is Takeoff? Takeoff Career

Takeoff was an American rapper. He was best known as a member of the hip hop trio Migos along with his uncle Quavo and first cousin once removed Offset.

Takeoff Obituary and Funeral Arrangement will be announced by the family.

Ifeanyi Adeleke Death: Why Family Insisted On Keeping Corpse In The Mortuary