Buhari has sworn in 7 new ministers.

Newsone reports that President Muhammadu Buhari on Wednesday, July 6, 2022, swore in seven new Ministers who have been screened and confirmed by the Senate.

This online news platform understands that the swearing-in was done in two batches of four and three each at the Federal Executive Council (FEC) in Abuja, the nation’s capital.

Below is the list of the new ministers with their new portfolios: 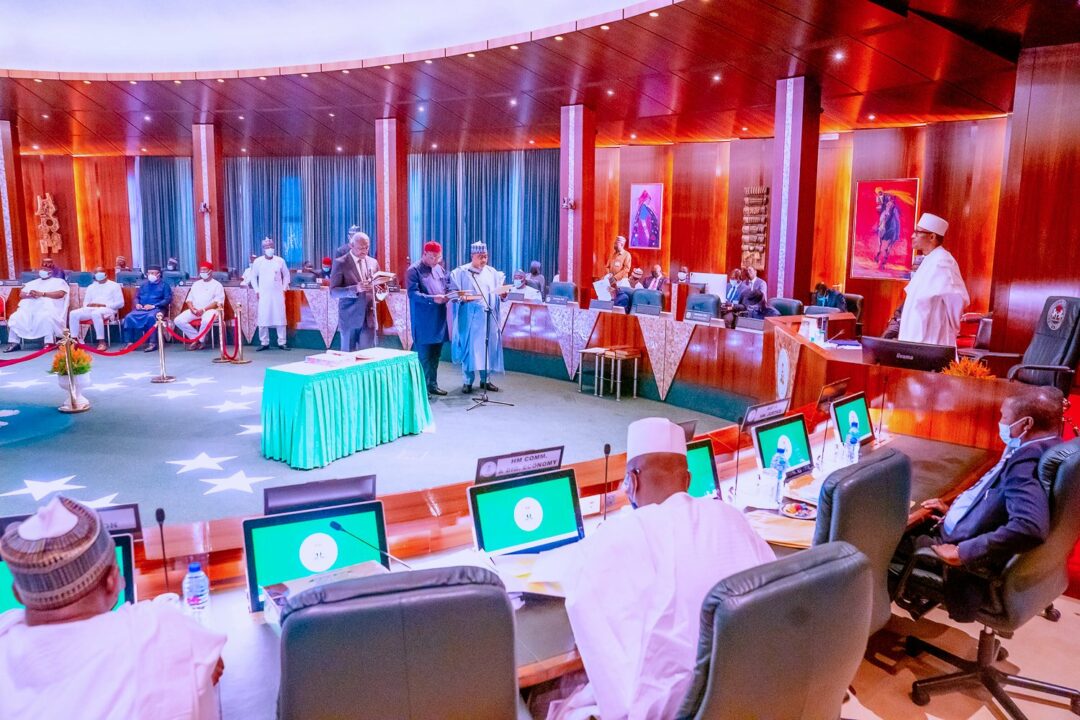 Newsone recalls that the Nigerian Senate received the list of seven nominees from President Buhari for consideration and confirmation as Ministers last Tuesday.

The 7 new ministers will replace Ministers who resigned in May 2022 to pursue their political ambition. The new Ministers will now join the Buhari administration which has less than one year left in office.

All Boko Haram Terrorists Escape From Kuje Prison After Attack

All Boko Haram Terrorists Escape From Kuje Prison After Attack