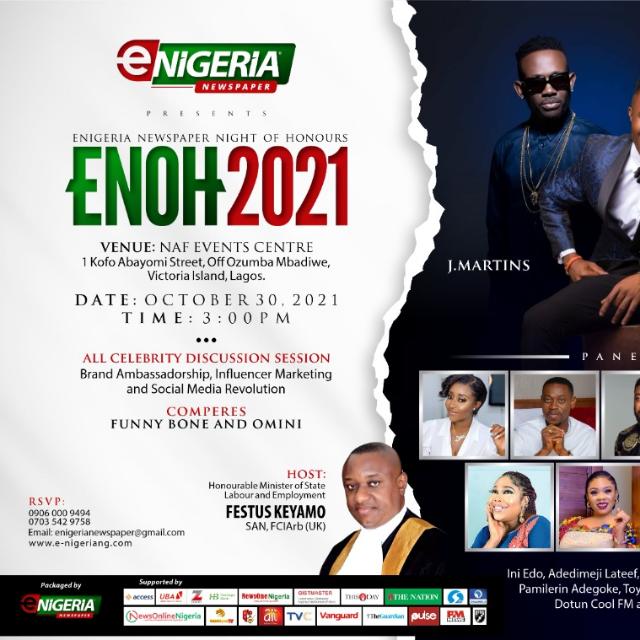 Newsone Nigeria reports that the Minister of State for Labour and Employment, Festus Keyamo, will host ENigeria Newspaper Night of Honours, dubbed ENOH 2021.

The event, which marks the 13th anniversary of ENigeria Newspaper, will also honor notable Nigerian entertainers as well as a few other prominent society personalities and business leaders.

Desmond Ike-Chima, Publisher of ENigeria Newspaper, said at a press conference in Lagos that “ENOH 2021 will also feature an all-celebrity symposium entitled: “Brand Ambassador, Influencer Market, and the Social Media Revolution”, which is to be moderated by Godwin Ofose publisher of The Industry Newspaper? 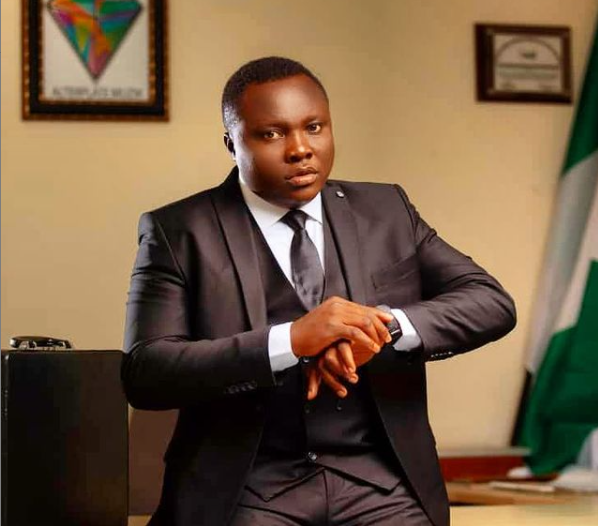 ENigeria Newspaper Night of Honours to feature some panielists they include:

As a sixty percent entertainment/society journal with fourthy percent general interest news, the publication felt it was important to recognize certain entertainers whose talents have contributed to spice up the Nigerian entertainment sector.

Mr. Johnson Chukwu of Cowry Asset Management was named ENigeria Newspaper Man of the Year while Mrs. Folake Oyemade of Sam and Sara Garment Factory – Woman of the Year, Mr. Mele – GMD, NNPC for Accountability in Public Service, and Miss Ehi Ogebor was named CEO of the Year.

The night’s musical performance will be headlined by J. Martins, while comedy will be provided by Funny Bone, Acapella, and Omini.

“The event will be an evening of awards roll out, high octane celebration with a colorful backdrop of live music performances, comedy, and general entertainment,” said the event’s organizers.