FG Confirms Purchase Of N1.14bn Worth Of Vehicles For Niger Republic [Video]

Buhari Govt has confirmed the purchase of N1.14bn worth of vehicles for the Niger Republic.

Newsone reports that the Federal Government of Nigeria has confirmed the procurement of 10 vehicles worth N1.14 billion for the Niger Republic.

This Minister of Finance, Budget and National Planning, Zainab Ahmed, said this on Wednesday, August 3, 2022, after the Federal Executive Council (FEC) meeting presided over by President Muhammadu Buhari in Abuja, Nigeria’s commercial city.

This online news platform understands that the Minister of Finance, Budget and National Planning said Nigeria has a policy of assisting its neighbouring countries.

On Wednesday, August 3, 2022, a journalist, David Hundeyin, released a document online indicating that the president approved the fund on February 22, 2022, while the contract to supply the 10 units of Toyota Land Cruisers were awarded to IFO Kaura Motors Nig. Limited for the neighbouring nation. 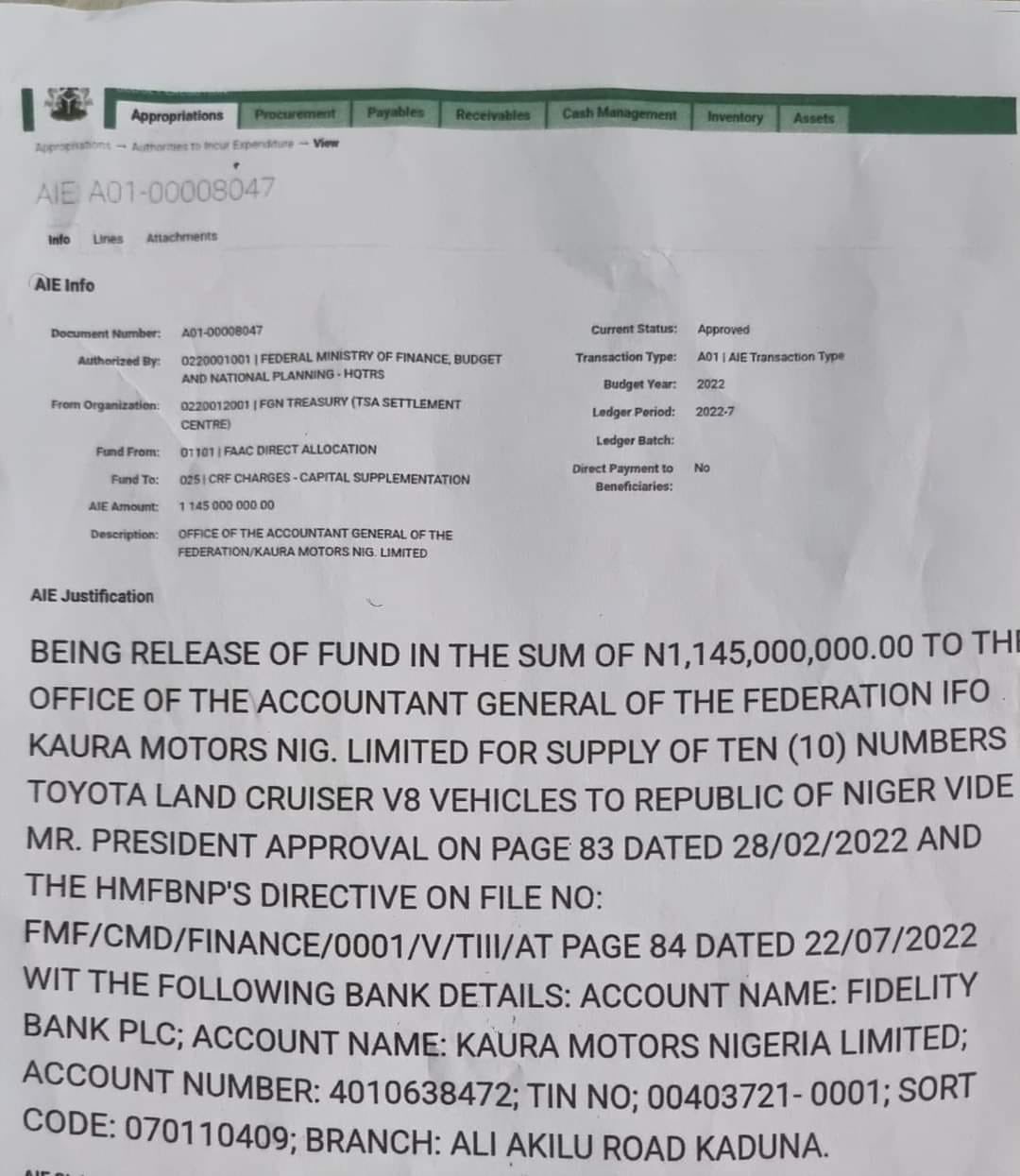 The document sighted by Newsone Nigeria showed that N1.145 billion was released for the purpose.

Speaking further on the procurement, the Minister of Finance said even though Nigerians have the right to question, President Muhammadu Buhari, who approved the purchase, also has the right to make his assessment of situations and act accordingly.

“Let me just say that over time, Nigeria has had to support its neighbours, especially the immediate neighbours to enhance their capacity to secure their countries as it relates to us. This is not the first time that Nigeria had assisted the Niger Republic, Cameroon or Chad,” she said.

“The president makes an assessment as to what is required based on the request of their presidents. Such requests are approved, and interventions were provided.

“It is to enhance their capacity to protect their countries, as it relates to security and also to Nigeria.”

Minister of Finance said its the best interest of Nigeria to provide support for Niger Republic with SUV and not armortank to fight terrorist while student back home have being on struck for more than 4 month.