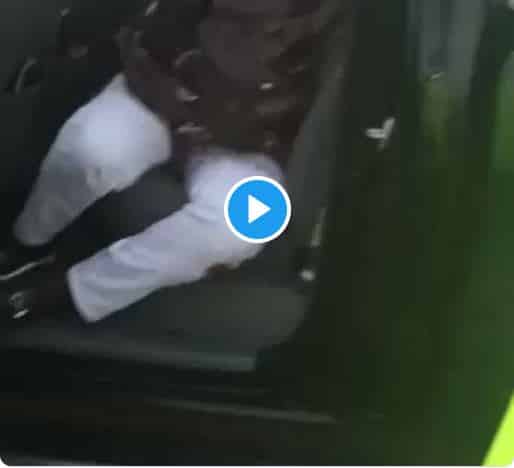 Newsone had reported earlier that three police escorts in the convoy of Senator Ifeanyi Ubah representing Anambra South senatorial zone were feared dead when he was attacked at Enugwu Ukwu in Njikoka local government area of the southeast state on Sunday, September 11, 2022.

A report monitored on Vanguard, quoted an eye witness to have said the senator was reportedly injured in the attack in which some people described as an assassination attempt on the Young Peoples Party, YPP, senator.

The eyewitness said: “Ifeanyi Ubah’s convoy came under attack in Enugwu Ukwu this evening. He was ambushed by heavily armed men who opened fire on his convoy. Some of his aides were killed, including some police officers.

“The senator managed to escape as his car was riddled with bullets.

“I was driving up to that spot from the link road to the express when some people in a shop shouted at me and asked me to turn back and take another road, which I did”.

Another report by PUNCH quoted sources to have said that the gunmen opened fire on the convoy, and police operatives in the convoy responded and about six policemen were gunned down in the shoot-out.

Although details of the incident were still sketchy, according to various sources, it might be an assassination attempt on the senator.

A source said, “Senator Ifeanyi Ubah was attacked today by some hoodlums in Enugwu Ukwu. It was a calculated attempt. It wasn’t an impromptu action.

“The policemen were about four in the convoy and they were attacked.

“All their arms were collected. The boys that spearheaded that attack were about nine in numbers.”

The report quoted another source that said six policemen were killed in the attack. Although Senator Ubah could not be reached for confirmation as his line remained unreachable all through. But a close ally of the senator said it was an “attempted assassination on the distinguished Senator Patrick Ifeanyi Ubah.

Newsone Naija reports that the spokesperson of the state police command, DSP Toochukwu Ikenga, confirmed the incident and said there was an attack on the men of the command at Enugwu-Ukwu, but insisted that the casualty figure were still unknown.

“Though the details of the incident are still sketchy, operatives are on the ground there as operations are going on and the situation is being monitored. Further details shall be communicated please.”

He was ambushed by heavily armed assassins who opened fire on his convoy. pic.twitter.com/76z94yveZO