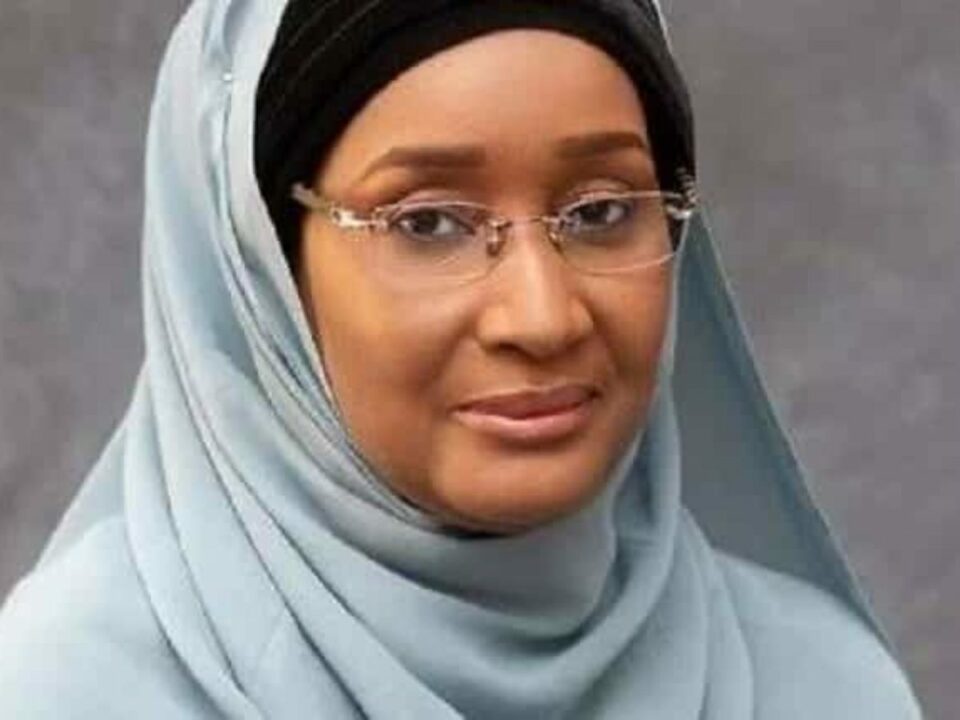 Nasims, the Npower management said to set the record straight, It is pertinent to reiterate the nonmandatory participation of the WORK NATION program by concerned Beneficiaries, which is subject to personal choice.

According to Nasims, the Npower C1 Beneficiaries should be noted that the work Nation is not compulsory. Meanwhile, if you’re interested in the program but having difficulty accessing the test, please kindly try much later at night.

All interested Npower C1 Beneficiaries should take the test through their Nasims self-service portal where most of your npower information will automatically be extracted to enable you to take the test.

Do not access the WORK NATION site directly via their site address as your personal information might be missing, Nasims said.

As for the Exited Npower batch C1 beneficiaries with failed August stipends payment issues or those whose August payment is still processing, you can send your complaints to the Npower support team for a solution. Read here Nasims List Requirements For Solving Npower Batch C1 Failed August Payment

Furthermore, all Npower batch C stream 2 beneficiaries that wish to be deployed to a different state should kindly send an email to [email protected] ng. While beneficiaries that wish to change their Place of Primary Assignment within their state of residence should kindly fill out the deployment form on the portal, submit and await further instructions. For further inquiries please call 092203102, 018888148. Email: [email protected]

ATTENTION: Npower C1 Beneficiaries, RESOLUTION OF FAILED PAYMENTS
To avoid your account details being compromised, you can alternatively forward the required information with detailed problem here;

[email protected]
for possible resolution.
Thank you!
ATTENTION: Npower C1 Beneficiaries, REQUIREMENTS FOR RESOLUTION OF FAILED AUGUST PAYMENT
Please note, you need to provide your Npower ID and NIN to enable us to resolve and facilitate your failed August payment.
The above requirements should be forwarded to the Npower official Facebook page for capturing and forwarding to the appropriate department, using the comment section of the most recent post. The problem should be well stated with the attachment of the required information.
Thank you!

NEWSONE NIGERIA reports that the Work Nation Programme is designed to develop and also connect exiting beneficiaries with opportunities across the globe.

According to NASIM, the Federal Government introduced the “Work Nation” programme to curtail the alarming rate of unemployment in the country.

NASIMS made this known while reacting to beneficiaries’ queries on the Official Npower Facebook handle on Thursday.

The Npower Management advised the Batch C Stream 2 Npower beneficiaries to exercise patience and continue checking the NASIMS Profiles at www.nasims.gov.ng for their Deployment Details, as frequently as possible

In today’s latest Npower news, we will be discussing NPower batch C1 Beneficiaries’ payment of August stipends and other related subjects. So keep reading!

The Management of Npower Nasims says that following several inquiries regarding the authenticity of the August payment news widely in circulation, it has become crucial to clear the air.

The work Nation assessment test pop-up has been taken down for now so there is no need to panic if you can’t see the pop-up on your self-service dashboard. Wait patiently for an official statement from Npower regarding that!

For the Npower batch C stream 2 beneficiaries, this is to remind you that work has commenced and you are by now supposed to have resumed duty and getting acclimatized with the place of your primary assignment PPA.

Failure to complete your deployment might delay your first payment. So make sure you have printed your deployment letter, signed by your focal person, and uploaded it back to the Nasims portal as required.

Furthermore, according to Nasims all beneficiaries that wish to be deployed to a different state should kindly send an email to [email protected]

While beneficiaries that wish to change their Place of Primary Assignment within their state of residence should kindly fill out the deployment form on the Nasims portal, submit and await further instructions.

In a new update given today Saturday 22nd October 2022, Nasims stated that the earlier update shared regarding August stipends payment was an error, the update was intended to give an update on payment commencement of backlogs and not the August payment.

We sincerely apologize for the erroneous publication of the payment update.

The said publication was intended to give an update on the payment commencement of backlogs and not the August payment.

For clarity sake, this update supersedes the previous payment update. Meanwhile, the August payment is being worked on, whilst backlogs are being paid. Thank you, Nasims said.

According to Nasims, Work Nation eligibility test, as it is a conditional requirement for your August stipend to be paid to you. Work Nation is designed to make more opportunities accessible to Npower batch C stream 1 beneficiaries.

The success or failure of the test do not affect your payments, Nasims stated. Beneficiaries will be directed to Click the test button in the Nasims self-service dashboard to redirect you to your test page and complete your passing out process

Nasims congratulations all batch C1 beneficiaries on reaching the concluding month of the programe, which they were selected for as a beneficiary.

The latest N Power news today is that NASIMS management has changed Npower Beneficiaries’ dashboard from pending to processing.

According to the management the crediting of Npower Batch C1 beneficiaries’ accounts with payment of August salary will commence shortly.

The delay in the payment of the August stipend payment is as a result of the widespread flood in Nigeria being handled by the ministry of humanitarian.

NASIMS management also advised that those with backlogged stipend payment issues should send their request.

Deployment for Npower batch C stream 2 is currently in progress. Beneficiaries who have been posted have started working at their respective PPAs, and those who have not yet been posted should keep an eye on the Nasims self-service portal for updates.

By following the instructions in this link, you can redeploy to a nearby PPA if you are posted to a distant PPA. How to Apply for Redeployment with Npower

Npower is working to ensure that they start paying August stipends to Batch C1 beneficiaries as soon as possible. Your first payment will start for stream 2 beneficiaries one month after the month of resumption.

In today’s most recent Npower news, we will provide you with the names and phone numbers of the 36 states’ NSIP focal person. Read on then!

A few months ago, we disseminated an update outlining the reasons why you should be familiar with your Npower state Focal Person. Read Here.

Nasims has finally initiated payment of the NPower August Stipend.

Newsone reports that the Federal Government of Nigeria through the National Social Investment Management System (NASIMS), has initiated the payment of NPower August stipend to Npower beneficiaries.

Newsone Nigeria reports that in the august stipend update, Nasims, the management of Npower stated that they are aware of the August long pending due to congestion of routines.

The NPower Management assured the Npower batch C stream 1 beneficiaries of the processing and crediting of accounts in a shortage possible time after the sort of congestion.

Newsone reports that the payment of Npower batch C stream 1 beneficiaries ends this year in the month beneficiaries started in 2021. If there will be an extension. Npower management will let the beneficiaries know about the development.

Kogi State N-Power office has debunk news making the rounds that they are collecting money from N-Power Batch C, stream II beneficiaries to sign and stamp their deployment letter.

The statement noted that anyone parading themselves as desk officers and charging beneficiaries of N200 and N500 each for signing or stamping their deployment letters will be arrested and handed over to the appropriate authorities for prosecution.

The statement reads in part, “This is to notify all the beneficiaries of N-Power Batch C, Stream II that there is NO charge or fee attached for signing and stamping of deployment letters!

“The N-Power Kogi State office wishes to dissociate itself from ANYONE parading themselves as desk officers and charging beneficiaries of N200 and N500 each for signing or stamping of their deployment letters.

“We have repeatedly warned that NPower registration, online test, physical verifications and deployments are totally free of charge, hence beneficiaries are advised to report anyone requesting money or fee to sign their letters under the guise of desk officers or any identity either as a staff of NSIP, Local Government Areas, National Youth Service Corp, (NYSC) HEAD OF PPA to NSIP Office. Whoever is caught in such an act shall be reported to the relevant authorities”.

That is the Latest Npower News today, check back tomorrow for more Npower news on NewsOne Nigeria.