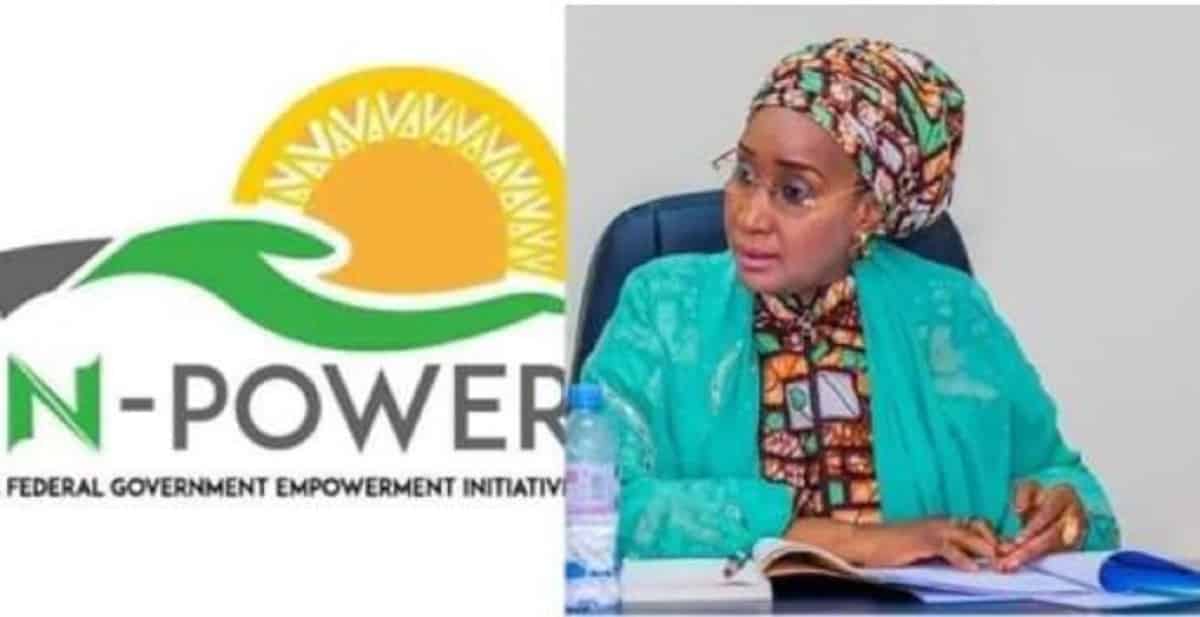 Newsone reports that the Federal Government of Nigeria through the National Social Investment Management System (NASIMS), has issued a statement debunking claims that it has started payments to NPower beneficiaries.

This online news platform understands that a statement had emerged on the social media network, Facebook by “NEXIT FMHDS CBN GOV NG“, claiming that  NASIMS has commenced payment to exited Npower beneficiaries.

“Your Business Plan for Exited Npower Beneficiaries has been reviewed and the sum of N2,750,000 has been approved, a physical verification will be conducted at New Multi-purpose Hall Gombe State University from 27th June to 1st July 2022.

“Come along with your certificate of EDI Training and means of identification. Yours faithfully, Gombe State Coordinator.”

However, reacting to the post on Facebook, the official account of the job creation and empowerment initiative of the Social Investment Programme of the Nigerian Government, NPower simply described the claim as “FAKE” and “Beware. Scam alert“!!! 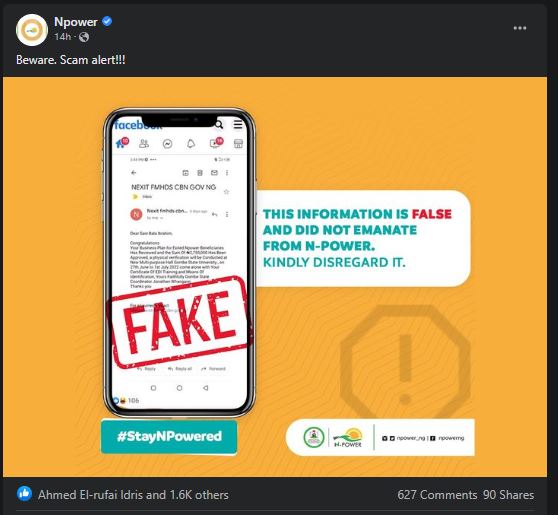 Meanwhile, Newsone Nigeria reports that the Npower batch C programme is expected to last for 12 months and so far, beneficiaries have spent 7 months in the Programme leaving them with 5 months to be exited like the Batches A-B except if the management decided to extend batch c tenure.

At the moment, Newsone Nigeria reports that NPower which is under the ministry of humanitarian affairs, disaster management and social development led by Sadiya Umar Farouq, is yet to pay Npower April stipend, Npower May stipend and Npower June stipend to Npower beneficiaries.