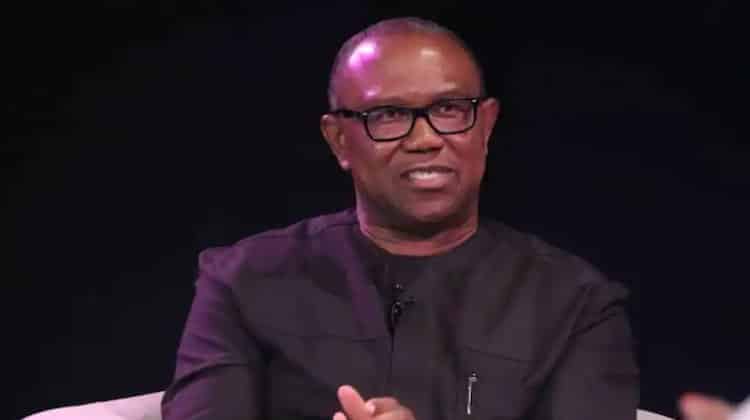 Peter Obi has vowed to lift 130m Nigerians out of poverty as Nigeria’s President.

News One reports that the presidential candidate of the Labour Party (LP), Peter Obi has vowed to lift 130 million people out of poverty if he is elected president in the 2023 general election.

This online news platform understands that Peter Obi made this comment after attending the NKST Synod in Mkar, Gboko Local Government Area (LGA) of Benue State.

News One Nigeria reports that Peter Obi’s comment was in reaction to recent figures by the National Bureau of Statistics (NBS) indicating that 63 per cent of the Nigerian population lives below the poverty line.

The Labour Party presidential candidate made the pledge while speaking with journalists at the JS Tarka stadium, Gboko, Gboko Local Government Area (LGA) of the state on Friday, November 18, 2022.

According to him, “I came on the invitation of the Synod to talk to them about the next election, which I say is a crucial election.

“Like I said, the release shows that Nigeria is about 216 million in population, and it is said that 130 million people are in poverty, that alone should be of concern to us, and that is my major concern too.

“How do we get these people out of poverty? This to me is crucial, and that is why I am here to help them make the right choice.

“They have to think of their children being in school, think about what they can give to the nation, building a nation is the job of government and all Federal agencies within the nation”.

Why I Promised To Support Peter Obi’s Presidency – Governor Wike