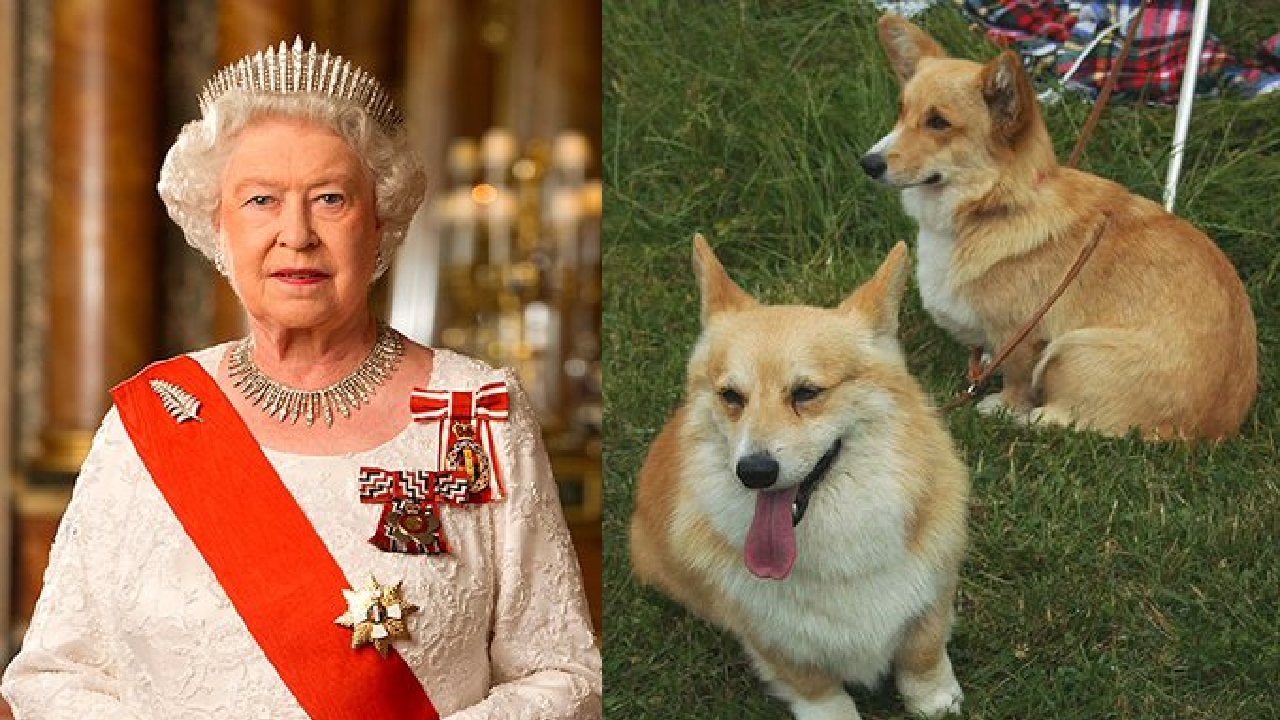 Queen Elizabeth dogs to be buried alive with her? the truth can be accessed below.

This online news platform understands that  Queen Elizabeth II, which Bucking Palace announced on Thursday, is a watershed moment for Britain, at once incomparable and incalculable.

The statement on Queen Elizabeth death said:  “The Queen died peacefully at Balmoral this afternoon,” Buckingham Palace said in a statement.

“The King and The Queen Consort will remain at Balmoral this evening and will return to London tomorrow,” the statement added.

Hours after the Queen’s death, a story emerged on reductress.com with the headline: “Cute! Queen Elizabeth’s Corgis Prepare to Be Buried Alive With Her“, sparking reactions from people who tagged the supposed act as “animal cruelty” which the UK frowns at. 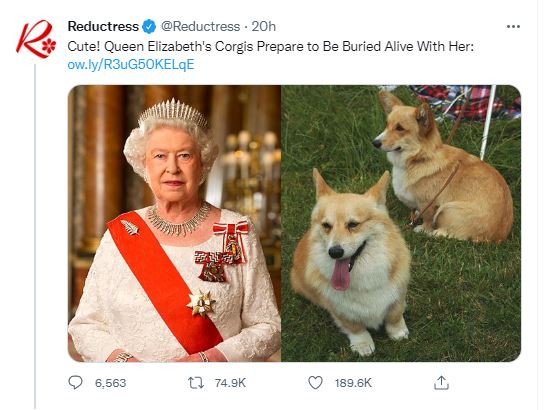 Will Queen Elizabeth dogs be buried alive with her? Here is the truth

While there has not been an official plan released publicly on who will care for her dogs, royal biographer, Ingrid Seward told Newsweek they might go to her children.

“She loves animals and she absolutely adores dogs. She always has done, they were her first love and they will be her last,” royal biographer, Ingrid Seward told Newsweek, before news of the monarch’s death was revealed.

“I imagine the dogs would be looked after by the family, probably Andrew [as] he’s the one that gave them to her, they’re quite young, the corgi and the dorgi.”

Author Penny Junor suggested the dogs may be cared for by the Queen’s staff who had been integral in their care along with her.

“Care of the dogs has fallen sometimes to footmen but mostly to the Queen’s trusted dressmaker, assistant and right-hand woman, Angela Kelly; and to her equally trusted page of many years standing, Paul Whybrew, who was seen walking with the Queen and the dogs in the James Bond spoof,” she wrote in her 2018 book, All The Queen’s Corgis.

Junor added: “Both are fond of the dogs, have unfettered access to the Queen, and are said to be very close to her.”

Late Queen Elizabeth’s love for corgis was ignited in 1933 when she was gifted Susan the corgi for her 18th birthday and all subsequent royal corgis bred by the monarch descended from Susan. Since her ascension to the throne, the Queen owned more than 30 corgis and other pets, including different breeds of dogs and horses.