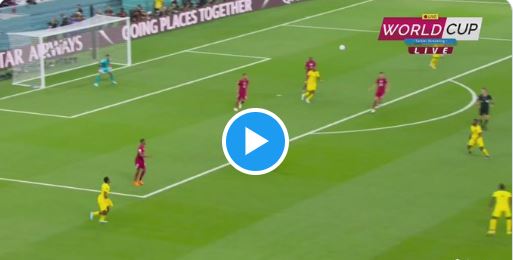 News One reports that The 2022 FIFA World Cup officially begins on Sunday, today, November 20, 2022, with the opening ceremony and the first match, with host Qatar taking on Ecuador in Group A.

This online news platform understands that the ceremony gets underway at 10 a.m. ET and the match are set to begin an hour later at 11 a.m. ET. There is just one game on the slate for Sunday with three more sets for Monday, November 21, 2022, including the United States battling Wales.

News One Nigeria reports that Ecuador are widely viewed as the more talented team compared to Qatar, but the hosts are the reigning champions of Asia and have the home crowd behind them in their first participation in the history of the tournament.

The match kicked off with the captain of the South American team, Enner Valencia opening the score for Ecuador in the 3rd minute but the goal would later be disqualified for off by the Video Assistant Referee (VAR). The video assistant referee (VAR) is a match official in association football who reviews decisions made by the referee.

In the 15th minute, Ecuador’s record goalscorer,  Enner Valencia scored again with a cool penalty after his goal in the 3rd minute was disqualified for offside. The goal is Valencia’s fourth World Cup goal.