A 5-page apology letter written by Nnamdi Kanu, the leader of the Indigenous People of Biafra (IPOB) to President Muhammadu Buhari, has resurfaced online

YaahooJournalist reports that the letter dated October 23, 2015, was written by the IPOB leader after he was arrested and subsequently Detained by the Department of State Services (DSS).

The letter as at that time was provided by SaharaReporters but it’s currently going viral almost five years after it first surfaced online.

The letter reads as thus;

“Reference to the president of the federal republic of Nigeria as a terrorist, evil and paedophile is regrettable and uncalled for and for that I unreservably apologise and will be doing so in a private letter to the president”

“I can confirm that I, Nnamdi Kanu, the leader of the Indigenous People of Biafra worldwide is a legally registered and duly recognized body at the United Nations pursuing the rights of a specific indigenous people, in this case Biafra, to seek self-determination according to the said charter the reason for the formation of the Indigenous People of Biafra is to avail those referring to themselves as Biafrans the opportunity made available as a result of the United Nations Declaration to seek the peaceful re-Birth of Biafra in line with international laws, lack of holistic development in the socio-economic landscape of Nigeria, lack of youth employment, corruption in high offices, and economic repression

“Opportunities no longer existed for the majority of the people, and especially young graduates to find meaningful employment in the job market, general hardship, brutal repression of civil and human rights coupled with system that shuns inward investment contributed to the thinking behind the formation of IPOB.

“The People of Biafra all over the world have particular emphasis on those residing in the diaspora it is not advised that those in Nigeria contribute. No contribution is accepted from those in political office or from organizations only individuals belonging to those organizations may choose to contribute if they wish to the volunteer force. IPOB is a group of people who may wish to group themselves together for the purpose of Evangelism or going out to the streets to distribute leaflets and preach the message of lawful existence of Biafra as stipulated in the UN Charter.

“There is no armed conflict agitating and any reference to such is purely designed to stop the Nigerian Armed Forces ostensibly the police from coming out and killing innocent people.

“IPOB volunteers are modeled on exactly the same tenet as the world renowned Salvation Army Front. Its ambitions are army but it does not carry any weapons. The same thing applies to the volunteers of IPOB. There is no arms training involved. I am the Director of Radio Biafra and solely responsible for the output the (genre?) of Radio Biafra is strictly to capture attention and imagination and not designed to incite anyone to violence.

“For very many years the Nigerian state and Nigerians in general have continued to witness poor economic management, fraud, corruption, and mismanagement of every sector of the economy. Therefore, as Radio Biafra programs were designed to wake up the public from their slumber and address the issues of the time, which is youth unemployment, lack of infrastructural provisions, poor electricity, an absence of rural development, and conspicuous absence of respect for human rights.

“The area as envisaged as Biafra are predominantly South-East and South-South territories having cultural, linguistic, traditional, and commonality in value system. Reference to the President of the Federal Republic of Nigeria as a terrorist, evil, and Paedophile is regrettable and uncalled for and for that I unreservedly apologize and will be doing so in a private letter to the President. Before PMB there was the administration of Goodluck Jonathan I also said some uncomplimentary things about him and Igbo elders as well, which I now recognize shouldn’t have happened because it is un-African to be rude or insolent to elders. All I was trying to do is draw attention to the problems afflicting society and what society is doing about it.

“The areas intended for the Biafran being espoused by Indigenous People of Biafra are Cross River, Akwa Ibom, Rivers, Anambra, Bayelsa Delta, Edo (but only Igbamke), Kogi (only Igala), and Imo States. The mission statement of Radio Biafra is dedicated to the defences of the rights of the indigenous people of Biafra and ultimately the restoration of the REpublic of Biafra in line with United Nations Declarations on the Rights of Indigenous People,” the letter added.

See snapshots of the letter below… 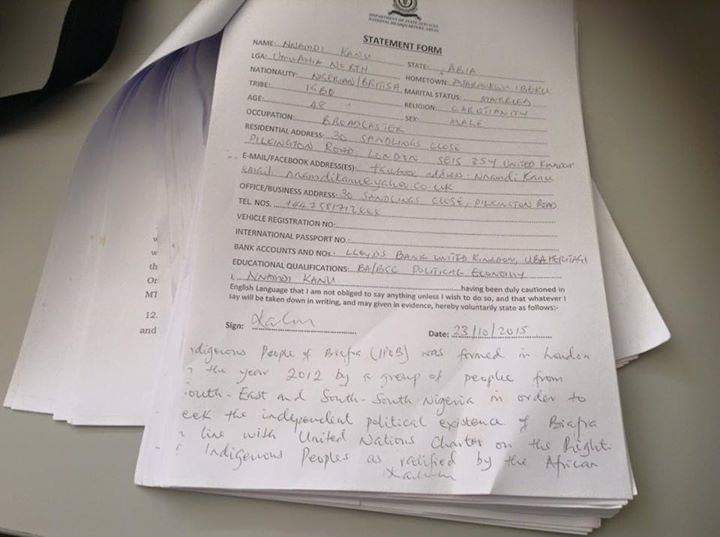 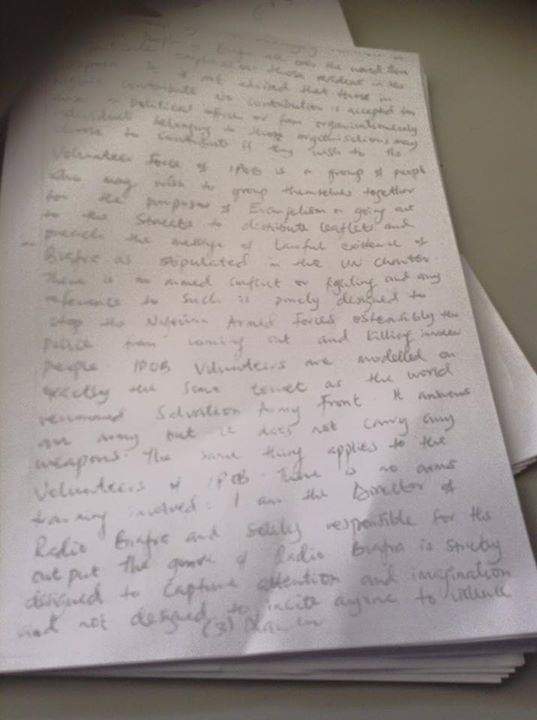 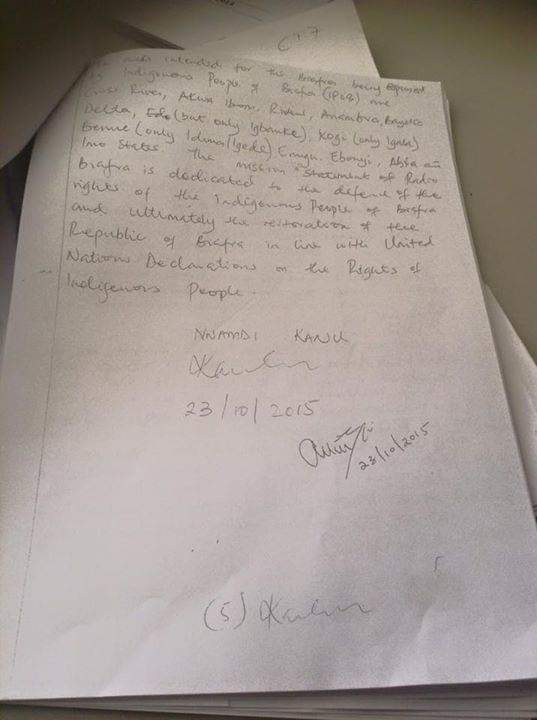 A Northern Governor Is The Commander Of Boko Haram Says Obadiah