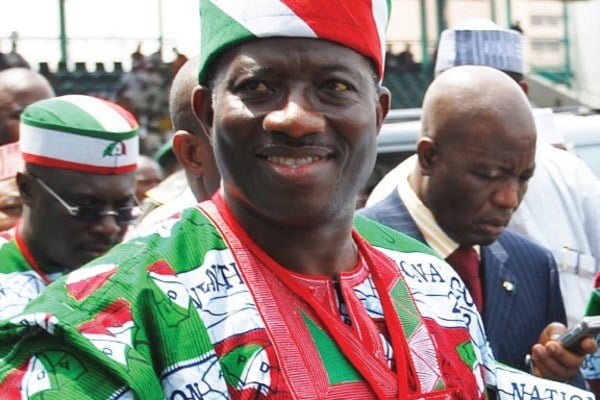 A former President of Nigeria, Goodluck Jonathan, has congratulated the Governor-elect of Bayelsa, Douye Diri, over his victory against David Lyon of the All Progressives Congress (APC), Nigeria’s ruling party, at the Supreme Court.

This burgeoning online news platform understands that the Supreme court also declared the candidate of the Peoples Democratic Party (PDP), Douye Diri as the authentic winner of the election.

A five-man panel of the Supreme Court led by Justice Mary Odili ordered the Independent National Electoral Commission (INEC) to withdraw the Certificate of Return issued to the APC’s David Lyon as the winners of the November 16, 2019 governorship election in the state.

Justice Odili asked the Nigerian electoral umpire to issue a fresh certificate to the governorship candidate with the highest votes cast and wide geographical spread in the governorship election held on November 16, 2020.

Reacting to the development, former President Jonathan urged Bayelsans to be law-abiding, peaceful and embrace the transition in all sincerity.

His words: “I congratulate His Excellency, Senator Douye Diri who was sworn in today as the 5th Civilian Governor of Bayelsa State, in compliance with the Supreme court verdict of yesterday, 13th February 2020.

“As Governor, the responsibility of building hope and sustaining peace across the State now lies on your shoulders.

“I urge you to always bear in mind that you are the Governor of all Bayelsans and to seize this moment of glory to build bridges of unity by entrenching a culture of love, fairness and justice in our polity.

“Your journey to Creek Haven is a divine one, so I advise you to use the position to do good to humanity and pursue the development of the State in order to write your name in gold.

“You have worked with me before as a commissioner, so I am without doubt that you will live up to the expectations of our people.”