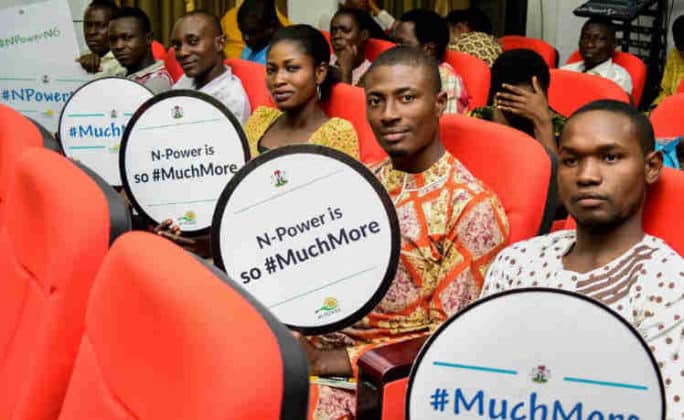 NewsOne Nigeria reports that the assurance by the scheme is coming in the wake of the delay in payment of the January stipend to the N-Power beneficiaries in what is now a matter of national discourse after a similar incident occurred in October 2019 when beneficiaries were not paid for three months.

This online news platform understands that the beneficiaries, who are approximately 500, 000, under the famed scheme of the All Progressives Congress (APC) government are yet to be paid their January 2020 allowance of N30,000.

In the wake of this delay, Jibrin Ibrahim, a beneficiary of the scheme, took to the micro-blogging site, Twitter to lament the delayed payment of the January stipend, adding that N-Power beneficiaries are suffering due to the delay in payment.

Ibrahim tweeted: “@npower_ng good morning to you all at the ministry, beneficiaries are suffering due to lack of on-time payment by the govt and yet no statement about the delay in their monthly stipend,” he wrote on Twitter.

@npower_ng goodmorning t9 you all @the ministry, beneficiaries are surfarring due to lack of on time payment by the govt and yet no statement about the delay in their monthly stipend.

Replying to Ibrahim’s tweet, the official account of the Job Creation and Youth Empowerment scheme of the Nigerian Government offered their apology and assured that the payment of the January stipend would commence “shortly.”

“Apologies for the delay, payment will commence shortly,” the scheme replied to Ibrahim’s tweet.

Apologies for the delay, payment will commence shortly.

Meanwhile, NewsOne Nigeria reports that since the social investment programme of the Nigerian Government was moved to the Ministry of Humanitarian Affairs and Disaster Management, Sadiya Farouq, the minister in charge, had been making attempts to stop some of the programmes under the scheme.

Aside from announcing that N-Power beneficiaries would be laid off, the Humanitarian Affairs and Disaster Management minister has also refused to release funds for the school feeding programme in some states.