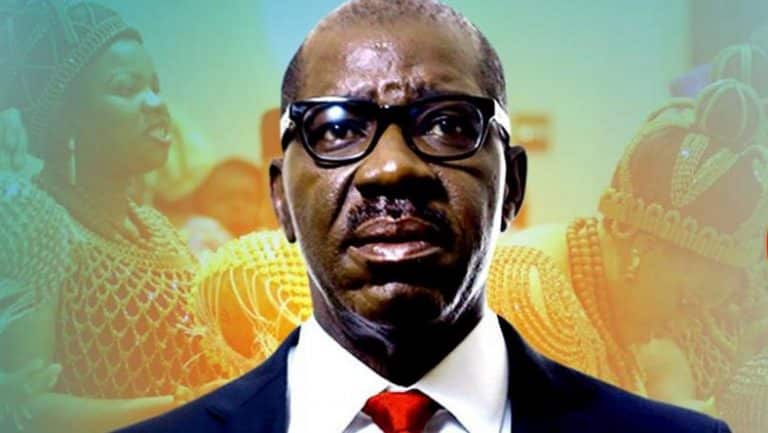 Edo 2020 governorship election has taken a new twist with the Edo State Chapter of the All Progressives Congress (APC) insisting that Governor Godwin Obaseki will not get automatic ticket for the state Guber election.

NewsOne Nigeria reports that the factional state chairman of the party Colonel David Imuse (Rtd) made this known on Friday, March 6, while briefing newsmen in Benin City, the Edo State capital.

He maintained that Obaseki must face the party primaries as the September election draws closer.

Col. Imuse cautioned Governor Obaseki against sponsoring issues against the ruling party that brought him to power.

His words: “It is a pity that, as a governor under the same political party, you are celebrating a purported suspension of your party national chairman, not just national chairman but a man that handed government to you as a successor.

“While they were here at Urhokpota hall in Benin city celebrating the suspension of our dear party national chairman, it was unknown to them that another which has jurisdiction to do so have upturned what they tagged as breakthrough’

“We will not be intimidated or harassed by threats of various kinds by the state governor who continually thinks he has a monopoly of violence, It’s going to be a tooth for a tooth, an eye for an eye. Oshiomhole remains APC national chairman and the leader of our party, whether they like it or not, enough is enough, he Gov Obaseki will never get an automatic ticket in this party.”