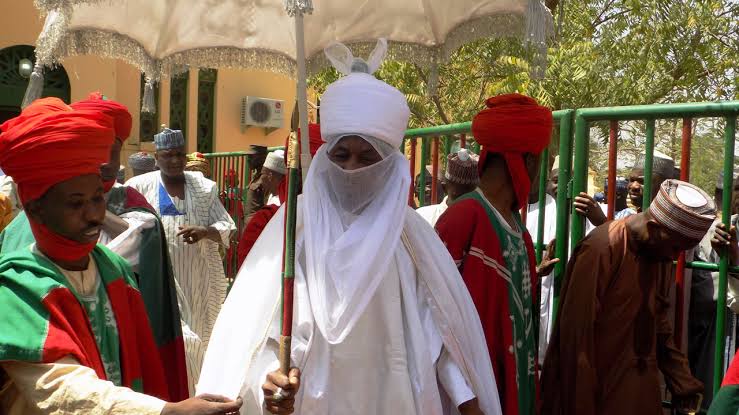 Dethroned Emir Sanusi says he would get justice if he decided to challenge his dethronement by the Kano State government led  Governor Abdullahi Ganduje.

Dethroned Emir Sanusi reveals those behind his detention

His words: “I’ve done what I could in 6 years. I’m moving on. The truth is I don’t want to go back. The (dethronement) letter was so badly written, so unprofessionally written”, he said.

“It is the easiest thing in the world to go to court. Fair hearing…High Court ruling, just like today. Did you query him? Did you ask him to defend himself? No. We should go on with the new phase in life,” Sanusi said.

NewsOne Nigeria understands that the footage was recorded on Friday in Awe, Nasarawa State, northern Nigeria, after the court ruling that freed him from detention. The monarch has since left Nasawara where he was banished to and is now in Lagos, Nigeria’s commercial city.