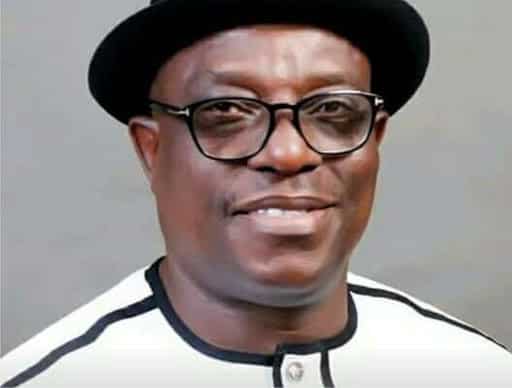 New APC Chairman has emerged after court ruling on Oshiomhole.

NewsOne Nigeria reports an Abuja High Court has granted an interim order allowing the Acting National Secretary of the All Progressives Congress (APC), Victor Giadom, to act as the party’s national chairman.

The APC north-east national vice-chairman had sought an interim order allowing Giadom to act as national chairman and preside over meetings of the party’s national executive committee (NEC) pending the decision of the party’s NEC.

NewsOne Nigeria understands that Salihu also sought an order restraining the APC and its officers or anyone from preventing Giadom from functioning as the acting chairman pending the hearing of the motion on notice.

In the ruling on Monday, Justice Bature granted all the prayers sought by the applicant and adjourned the matter to March 20.

Meanwhile, NewsOne Nigeria reports that the judgment came after an Appeal court in Abuja restrained the APC from executing the judgement of a federal capital territory high court which ordered the suspension of Adams Oshiomhole as national chairman of the party.

This burgeoning online news platform recalls that Justice Danlami Senchi of the federal capital territory (FCT) high court in Abuja, had on March 4, ordered the suspension of Oshiomhole pending the determination of a suit filed by one Oluwale Afolabi.

Afolabi in the suit had challenged the continuous stay of Oshiomhole in office despite his suspension by the Edo chapter of the APC.

However, Justice Abubakar Yahaya, the chairman of a three-man panel of judges, on Monday, March 16, ordered a stay of execution pending the hearing of an application filed by Oshiomhole.

In his appeal, Oshiomhole, a former governor of Edo State, southern Nigeria, asked the court to set aside the suspension order.

At the resumed session, Wole Olanipekun, counsel to Oshiomhole, prayed the court to grant a motion ex parte staying the order of the lower court.

The counsel to Oshiomhole said, “time is of essence; the matter should not be left until tomorrow because between now and tomorrow is like eternity.”

Oshiomhole, a former Labour Union leader had asked the court to set aside the suspension. Shortly after the court ordered his suspension, Gaidom said he had taken over control of the ruling party.

Meanwhile, the National Executive Council (NEC) meeting of the party initially scheduled for Tuesday was suspended indefinitely after a meeting between President Muhammadu Buhari and some APC governors.

On Sunday, the chairman of the party’s reconciliation committee, Bisi Akande, accused members of the APC of relying on the courts rather than the internal mechanism put in place by the party to check disputes.

Meanwhile, the judgements of the Appeal Court and that of the High Court are coming a day after the National Leader of the All Progressives Congress (APC), Nigeria’s ruling party, Bola Tinubu kicked against Oshiomhole’s removal.

“They conflate things, which no sensible person would conflate. The primary symptom of their malady is the driving tendency to believe the events of 2023 will be decided before we even exit the year 2020.”