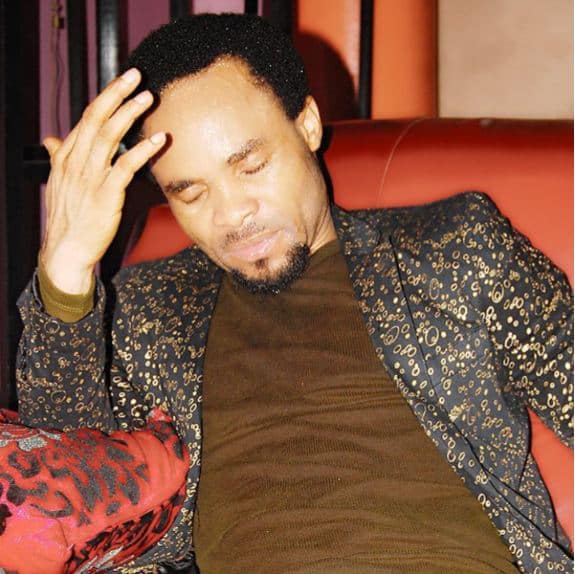 Prophet Odumeje is in fresh trouble after attracting legal action from a community in Anambra state over ‘unwarranted attack’.

NewsOne Nigeria reports that a legal battle between Prophet Chukwuemeka Ohanemere popularly known as Odumeje, and Awka community in Anambra State is ready to take the centre stage as the community has dragged the controversial prophet to court over a statement credited to him.

This online news platform learned that Prophet Odumeje was said to have insulted the indigenes, calling them worshippers of monkey, displeased with the insult, the oldest man of Awka town, Ozo Ibe Nwosu, and other custodians of culture of the community sued the prophet.

The people of Awka community said that what Prophet Odumeje said had gone viral in social and conventional media and that the prophet respectively called them fools for having monkeys which could not be touched by anyone.

They added that after considering the prophet’s comment, they found that there was no reason for the unwarranted attack by the prophet on them, both in law and in moral. In a petition written by their lawyer, Ebelechukwu Nsofo, to the State Commissioner of Police, CP John Abang, they called on the police to look into the issue.

The petition dated 14th May 2020 was titled, “Threat to the life and conduct likely to cause breach of peace against Odumeje”, alleged that: “The prophet threatened to tear our clients and their monkeys to pieces any day he catches them.

“The comment is capable of causing unimaginable proportion of breach of peace if care is not taken by the relevant authority.”

Meanwhile, the petitioners include Ozo Ibe Nwosu (the tallest man in Awka), Ichie Awka and Chief Priest of Imo Awka for themselves and indigenes of Awka. While reminding the prophet that the Nigerian Constitution guaranteed freedom of worship and that no religion is greater than the other, they enjoined the police to wade into the matter by calling the prophet to order.