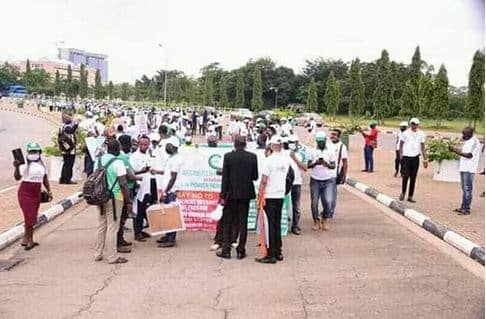 NewsOne Nigeria reports that the aggrieved beneficiaries of the Federal government empowerment programme (N-Power) protested over their disengagement from the programme and unsettled stipends.

The aggrieved Npower beneficiaries who carried banners with several inscriptions such as “Npower volunteers are available to close the gap of unemployment rates in education, health and agricultural sectors in the country”, also demanded that the Federal government should absorb them into the civil service. 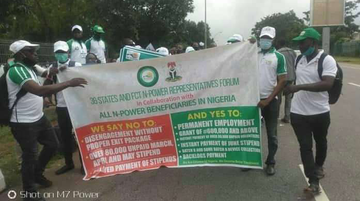 The Deputy Director of information at the ministry, Rhoda Iliya,  a statement on Thursday, revealed that 14,020 beneficiaries of Npower have existing accounts on the payroll of other agencies, adding that the accountant-general of the federation is working to resolve the outstanding payment of genuine and eligible Npower beneficiaries.

“The attention of the Federal Ministry of Humanitarian Affairs, Disaster Management and Social Development has been drawn to the complaint of non-payment of some N-Power beneficiaries during the last exercise, with some, alleging non-payment for upward of four months,” she said. 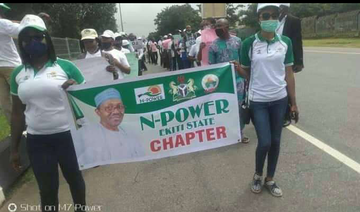 “For the records, the Ministry wishes to state that it had always processed, approved and remitted necessary information for payments to the Office of the Accountant–General of the Federation (OAGF) whose responsibility it is to credit the various accounts of the beneficiaries, using the GIFMIS platform as directed by FGN. 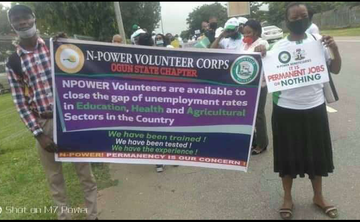 “The Honourable Minister, Sadiya Umar Farouq, regrets any inconvenience this might have caused genuine and eligible beneficiaries just as the OAGF saddled with the responsibility of filtering out those denied is working assiduously to remedy the situation.”