NewsOne Nigeria reports that on Saturday night, the BBNaija housemates had the usual Saturday party after which Erica seem to appear drunk. Following this, she was spotted having a conversation with Laycon. However, suddenly went overboard as she was seen raining abuses on Laycon for saying she tried to kiss her.

Before this incident, Erica had earlier being issued two strikes by Biggie for breaking the Big Brother Naija, on Sunday during the live eviction show, Biggie asked Erica to get up during which he analysed her behaviour.

What Father Mbaka said about Erica before her disqualification

After the explanation,  Erica was issued a third strike by Big Brother for infringing on several rules of the Big Brother house and was immediately disqualified.

Erica’s fans, however, set up a Gofundme account with a target of $100,000 to appease the disqualified reality star but the move did go well with some Nigerians viewers especially those who praised Biggie for the decision to disqualify Erica.

The disqualified BBNaija Lockdown housemate who was denied interviews from the organisers of the show took to her Instagram page on Monday to thank her fans for their support. In a post shared on her Instagram story, Erica was seen in a black dress surrounded by bodyguards.

Erica uploaded a picture on social media network, Instagram, with the caption, “Love you all Erica Elites. Thank you for your unwavering support. Star girl Erica!” 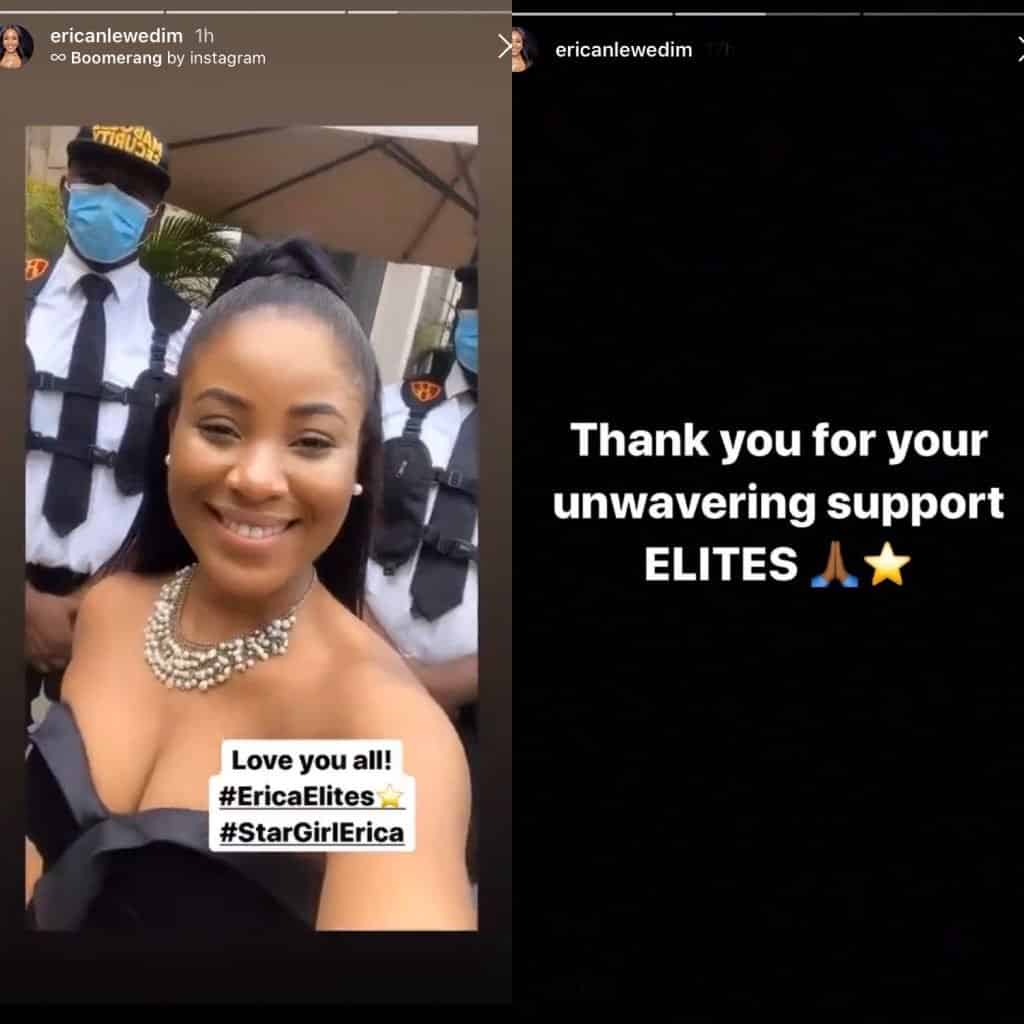